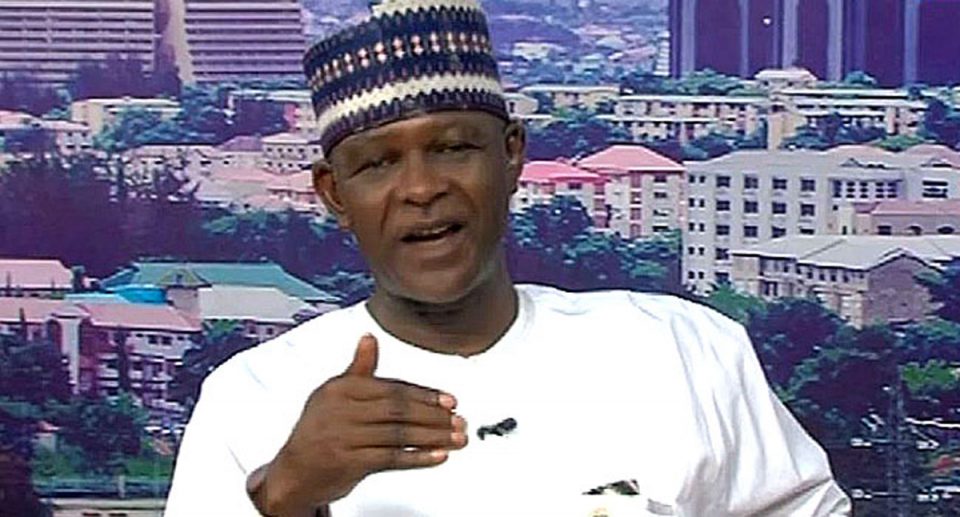 The Nigeria Governors’ Forum and the Nigeria Labour Congress on Wednesday took a swipe at the Nigerian National Petroleum Corporation over what they described as the mismanagement of the fuel subsidy regime.

The NGF and the NLC, according to a statement by the forum’s Head, Media and Public Affairs, Abdulrazaque Bello-Barkindo, said this as part of the resolutions of their meeting in Abuja.They particularly doubted the NNPC’s fuel consumption figure.

As labour leaders and state governors berated the NNPC, the Federal Government disclosed that the corporation had submitted a  N3tn budget  to finance fuel subsidy in 2022.

Also on Wednesday, the House of Representatives said it would probe daily consumption of petrol and the state of the nation’s four refineries.

The Federal Government had on Tuesday suspended its plan to remove fuel subsidy in June. It also shifted the implementation of the Petroleum Industry Act by 18 months.

Reviewing the recent developments in the oil industry, the NGF and  labour leaders  agreed that the gap in the subsidy removal agenda was “hidden in the untruth bandied by the administrators of the subsidy.”

They noted  the NNPC was the forefront of the mismanagement of the proceeds accrued therein.

Bello-Barkindo, in his statement,  disclosed that the Chairman of the NGF, Kayode Fayemi, argued that the nation’s economy was at the precipice and that it had become necessary for the two groups to verify NNPC’s estimates carefully.

“Fayemi told the labour leaders that subsidy removal had remained an ongoing conversation not just among governors but the country at large and emphasised that governors could not but be part of the solution providers in this onerous task that is confronting the nation.

“There are raging questions of accountability associated with subsidy removal in the country and observed that the NGF and the NLC can jointly work together to proffer solutions that heal the economy and provide succour to the Nigerian people.

“We need a partnership with the NLC to confront the challenges of what the NNPC is about… because there is a lot of fraud in the consumption and distribution figures that the country is getting and we can only move forward if the NLC engages all those who are knowledgeable in the field like PENGASSAN (Petroleum and Natural Gas Senior Staff Association of Nigeria) to conduct a thorough research into the sector before any further action is taken on subsidy.”

According to Fayemi, only about eight states benefit directly from the subsidy, while all the others have to contend with the issues by themselves.

The Edo State Governor Godwin Obaseki, who joined the meeting virtually, warned that Nigeria could either continue acting like Santa Claus or take concrete actions rather than wasting away N3tn on subsidy. He said the country would do well if it revamped the power sector, virtually comatose.

The NLC president Ayuba Waba, and his counterpart from the Trade Union Congress of Nigeria, Quadri Olaleye, expressed concerns as to why the subsidy issue had always been shrouded in secrecy on the part of the government.

The union leaders faulted the conflicting figures from managers of the petroleum sector, calling it objectionable.

Meanwhile, in an interview on Channels Television’s ‘Sunrise Daily’ programme on Thursday, the Special Adviser to the President on Media and Publicity, Femi Adesina, said subsidy removal would have forced Nigeria into a tailspin.

Adesina added, “If that subsidy had been removed, it would have been a show of will that we want to solve this problem (oil fraud). There was a will but if you have a will and what you want to do will upset the system, throw the country into a tailspin, then you would have to reconsider, you will weigh it. That is why further consultations will still happen.”

The President’s spokesman, however, said the decision was based on the need to ameliorate the sufferings of Nigerians and not the 2023 elections.

Adesina stated this as  the Federal Government proposed a N3tn budget to meet the funding provisions of the incremental fuel subsidy request in the 2022 appropriation act.

The Minister of Finance, Budget and National Planning, Dr Zainab Ahmed, disclosed this  on Wednesday to State House Correspondents after the week’s virtual Federal Executive Council meeting at the Presidential Villa, Abuja.

She the NNPC had submitted a N3tn budget for subsidy for 2022.

According to Ahmed, only N443bn is currently available in the 2022 budget meant to cater for petrol subsidy from January to June, but considering the prevailing economic realities, the council had proposed a year-long provision for the subsidy.

She said council considered the proposal and  directed her ministry to approach the National Assembly for an amendment to the fiscal framework and the budget.

The minister stated, “We also presented to council today a request for council’s consideration to make additional funding provisions to enable us to meet incremental fuel subsidy request in the 2022 budget. You’ll recall that in the 2022 budget, as appropriated, we have made a provision of N443bn for a subsidy for January to June.

“Having taken into account the current realities; increased hardship in the population, heightened inflation, and also that the measures that needed to be taken to enable a smoother exit from the fuel subsidy are not yet in place, council agreed that it is desirable to exit fuel subsidy.

“The Nigerian National Petroleum Company has presented to the ministry a request for N3tn as fuel subsidy for 2022. What this means is that we have to make an incremental provision of N2.557tn to be able to meet the subsidy requirement, which is averaging about N270bn per month.”

She said in 2021, the actual under-recovery that had been charged to the Federation was N1.2tn, which meant an average of N100bn, but in 2022, because of the increased crude oil price per barrel in the global market, now at $80 per barrel, and also because NNPC’s assessment was that the country was consuming 65.7 million litres per day. The incremental cost would, therefore, be N3tn in 2022.”

Meanwhile, the FEC approved amendments to parts of the 2022 Budget, which the National Assembly had initially adjusted during its legislative deliberations on the budget proposal submitted to it by the President in 2021.

According to Ahmed, the approved amendment to be transmitted to the National Assembly will request to repeal clauses 10 and 11 concerning the Economic and Financial Crimes Commission and the Nigerian Financial Intelligence Unit operations in the 2022 budget and restore what the lawmakers had deleted, amounting to N103bn.”

Responding to questions around how the planned N3tn subsidy budget would be funded, the minister said, “We’ll have to reduce it (the cost of subsidy) from that N3tn and that is one. Secondly, also we have been running reconciliations with the NNPC to minimise the cost, but also we have several reconciliations with the NNPC, and NNPC itself owed, in some cases, government.

“So, we want to be able to settle some of the subsidy costs through this reconciliation process.”

In a related development, the Speaker of the House of Representatives, on Wednesday, ordered investigations into the actual volume of petrol consumed daily in Nigeria and the current state of the four national refineries.

Gbajabiamila stated that the facts must first be made available before the Federal Government takes decisions on the subsidy being paid on petroleum products.

The Speaker consequently set up two ad hoc committees to separately investigate the daily consumption of fuel and state of the refineries.

Gbajabiamila partly said, “It is going to be painstaking and it is going to be through. What exactly is the state of our refineries and what do we need to bring our refineries back to maximum use? Those two things have to be determined before we get to the issue of fuel subsidy. So, I will set up a very tight ad hoc committee of 12 members for each of those two (issues).”

The Speaker eventually appointed 14 members to each of the panels.

He said, “One will look into how much fuel we consume as a nation on a daily basis. We have had figures bandied here and there without any authenticity. Before we can even begin to talk about subsidies, like I said, we need to know how much we are consuming. The second is to look into refineries and state of repair and determine what will be needed to bring our refineries back to life again.”

Gbajabiamila asked the panels to go all out in getting their jobs done, especially on daily fuel consumption.

“I restricted the number to 14 (members) and that committee has four weeks to present its report. In doing their work, they should not restrict themselves to NNPC figures, as NNPC being an interested party, of course.”

The Commissioner for Finance Delta State, Mr Fidelis Tilije  said state governments would  not continue to tolerate the deduction of funds at the Federation Accounts Allocation Committee.

Tilije who stated this in an interview with The PUNCH on Wednesday in Asaba, called on the NLC to as a matter of urgency demand for exact litres of fuel being consumed per day.

He urged Nigerians to interrogate the Federal Government and the NNPC to give exact litres of fuel being consumed per day.

He said, “Now, everybody is shouting subsidy.  Nobody is able to question exactly where these subsidies are being paid to. Who are the people consuming the fuel?

“All the funds we have spent to revive our refineries, what has happened to them? Has anybody got to check how corruption is taking away the funds? Why are refineries not working?

“When this government told us that it was going to revive our four refineries in Nigeria, why haven’t it been able to revive just one or two? That is the point we are making.

“The truth is that as the price of crude oil goes up in the market, and then, you import the refined one, you will be paying double of what you are exporting.

“The truth is that we are not able to ascertain whether we are paying the actual subsidy we are consuming. All we are doing now is that NNPC will just sit down and tell us this amount of subsidy we are going to pay next month and they will deduct the money.

“Who is questioning them. Who is checking? We will not tolerate this act. We will continue to engage them. Can’t they block all the loopholes?” Once we get all these done , the issue of subsidy will no longer be there.”

An economist and the Managing Director of Cowry Asset Management, Johnson Chukwu in a phone interview with The PUNCH declared that the country risked bankruptcy if the subsidy being paid on fuel continued.

He noted that the removal of fuel subsidy was an inevitable and necessary evil that must be implemented, either by the present regime or the next administration.

He said, “Well certainly the implication of the subsidy continuing is that the country will go bankrupt in the near future.”

A development expert, Dr Ilyasu Aliyu criticised the decision of the government to continue paying fuel subsidy for the next 18 months, stating that this would lead to a reduced revenue for critical infrastructure, increase external debt and deplete the nation’s foreign reserves.

“I am in support of the subsidy removal because it is an evil being postponed for the future, and this decision is basically a political decision and not for economic interest. If you told Nigerians that you would remove subsidy during your tenure then you should and you left our refineries non-functional, why is this so?”

On its part, the Coalition of Northern Groups  urged the Federal Government not to consider removing fuel subsidy.

Rather, the coalition of 52 northern groups, asked the government to stop fuel smuggling and revamp the nation’s refineries.

The CNG Director (Strategic Communications), Samaila Musa, made the coalition’s position known in a statement on Wednesday titled “CNG welcomes retention of fuel subsidy in 2022.”

WHO launches action plan to tackle malaria in Nigeria, others