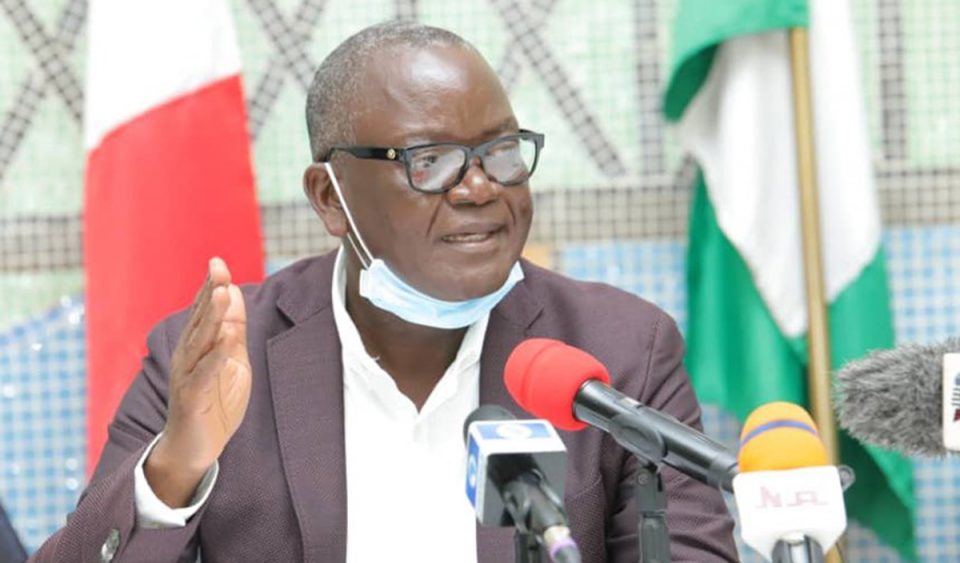 He ordered a full-scale investigation into the incident.

A statement on Tuesday in Makurdi, the state capital, by his media aide, Nathaniel Ikyur, said the governor ordered the investigation “to unravel the remote and immediate causes of the fire”.

This happened as chairman of the local government, Mr. Emmanuel Otserga, submitted a preliminary report on the fire to the governor in Makurdi.

He told the governor that over half of the mango farm covering over 139 hectares of land got razed.

The local government chairman said four suspects had been arrested while others were being trailed to be apprehended.

“From the look of things, the fire was caused by the deliberate act of mischief. The farm is well safeguarded. There is no way fire can cross over from any quarter into the farm,” he said.

The Director of Benue State Fire Service, Mr. Donald Ikyaaza, also alleged that the fire was an act of sabotage.

While ordering the full-scale investigation into the incident, Ortom said: “Where it is discovered that the fire was an act of sabotage, the perpetrators must be brought to book.”

The governor reiterated his administration’s zero tolerance for sabotage, saying it only has a deliberate policy to encourage local and foreign investors, especially in Agriculture.

According to him, it was “the height of irresponsibility for anyone to think of setting ablaze a farm that is set to, in a very near future, boost the economic development of the area in particular and state in general”.

Ortom added: “Obasanjo as a former President is a statesman and needs to be accorded his due respect anywhere in Nigeria. Benue State cannot be an exception.”

The governor directed the police commissioner to ensure that the perpetrators are fished out immediately and brought to book.

Also, Obasanjo has said that locals, Benue State government and security agencies were working to fish out those who torched the orchard farm.

The ex-President, who described the incident as a bad development, expressed confidence that the security agencies and the state government would fish out the perpetrators and prosecute them.

In a statement in Abeokuta by his Special Assistant on Media, Kehinde Akinyemi, the former President thanked those who sympathised with him on the incident, stressing that despite the huge loss arising from the fire, nobody died in it.