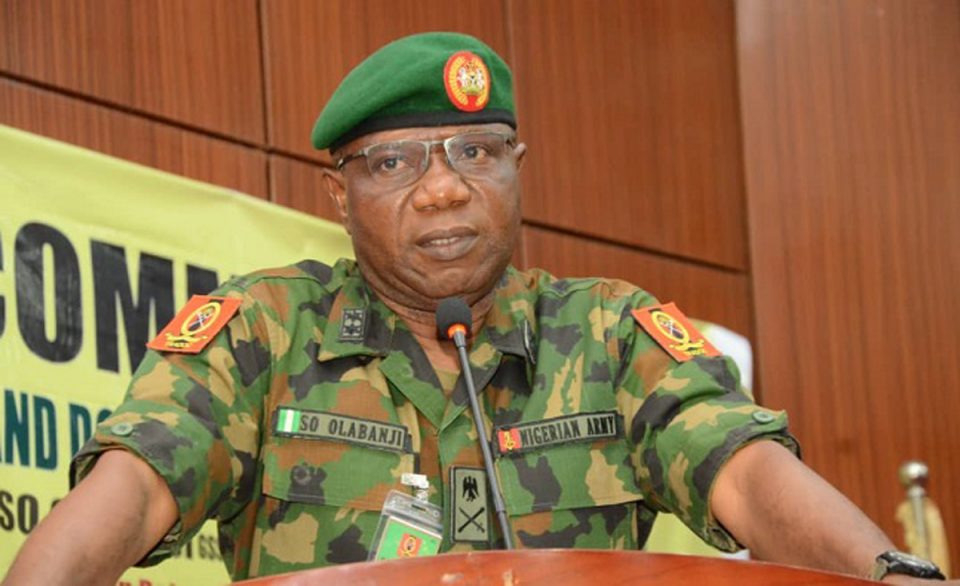 The Training and Doctrine command (TRADOC) of the Nigerian Army is to create a new regime of “realistic training” for its officers and men.

This was disclosed by the Commander of TRADOC, Major General S. O. Olabanji, at the closing of the training for members of the Nigerian Army Examination Panel and Directing Staff for Senior Staff Course Qualifying Examination, which took place at the Ihejirika Auditorium in Jaji on Sunday.

The Deputy Director of Army Public Relations, TRADOC, Minna, Niger State, Colonel Mohammed Dole, in a statement made available to newsmen yesterday quoted Major General Olabanji as saying that the new focus is in line with the directive of the Chief of Army Staff, Lt. General Farouk Yahaya.

Dole said: “In line with the Chief of Army Staff (COAS) vision, the onus has been placed on TRADOC NA to create a new regime for realistic training for the Nigerian Army (NA), hence NA training institutions are being repositioned to train officers and men who can collectively achieve the objective.”

Olabanji, therefore, asked the participants “to stay above board in conduct, integrity and uprightness” because “examination is not meant to weed off officers from the service, but to improve their capacity and capability in discharging their constitutional responsibilities.”

He also drew the attention of the participants to the need for them to uphold the sanctity, security and integrity of examination processes throughout the examination period.

Olabanj said that the participants were selected “based on their known abilities and uprightness” as such “they have and should uphold the trust the system has put in them by diligently carrying out their tasks without any prejudice.”

Earlier  the Commander Infantry Corps,, Major General V.O. Ezugwu, appreciated the COAS for his continuous support in ensuring that officers of the NA are properly trained, adding that HQs Infantry Corps Centre will ensure that the security and administration of all participating members are adequately handled.

Ezugwu also expressed the preparedness of the HQ ICC to make the examination “the best to be conducted in recent times” before thanking the COAS for providing “adequate logistics required for the hosting and smooth conduct of the examination.”