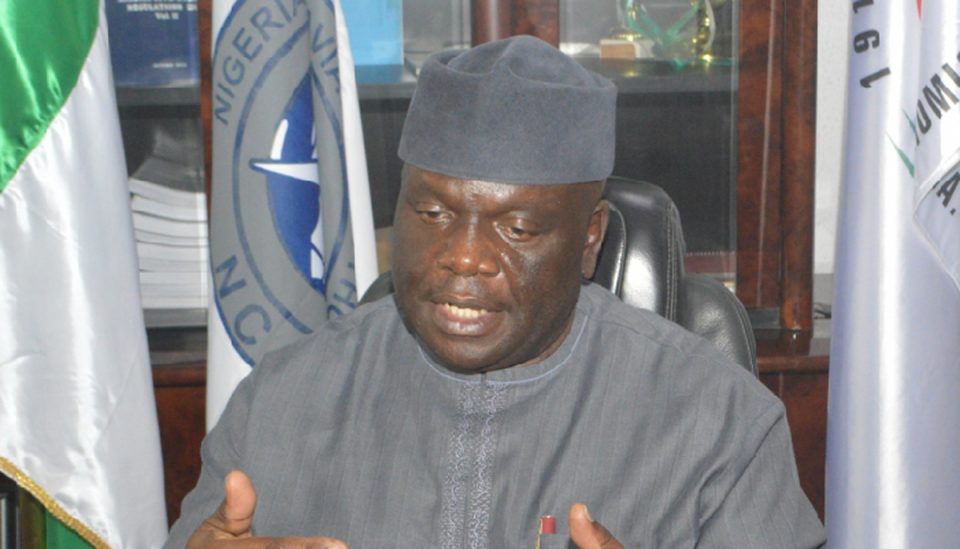 Accumulated debts running into billions of naira  owed  the Nigerian Civil Aviation Authority (NCAA) by local carriers is threatening its survival. To checkmate non-complying operators, the apex regulatory body has devised some strategies to recoup the humongous sum.

A crisis is brewing in the aviation industry over the reluctance of local carriers to remit  Passenger Service Charge (PSC) and Cargo Service Charge (CSC), collected from travellers to the Nigerian Civil Aviation Authority (NCAA).

The remittance of the charges is a statutory mandate by carriers, which operate flights in Nigeria in accordance with the civil aviation regulation.

In the last few years, a new trend has gained traction among indigenous carriers – refusal to remit the mandatory charges to the NCAA.

The debt, according to  Nuhu,  was accrued in the last few years.

Specifically, the NCAA boss said the agency is owed N19 billion and $7.8 million by local carriers, warning that if the trend continues, the sector risks collapse.

Aside from debts owed to the NCAA, the carriers also owe the Federal Airports Authority of Nigeria (FAAN) and the Nigerian Airspace Management Agency (NAMA)  N18 billion and N5 billion.

At a  stakeholders’ meeting held with indigenous airlines and ground handling companies in Abuja, recently, he warned that if the debts owed were not paid in the next few weeks, the aviation agencies, and by extension the aviation sector, risked collapse.

Nuhu gave the operators a one-month ultimatum to sign a Memorandum of Understanding (MoU) with NCAA, which would stipulate the repayment plans of their debts.

The NCAA boss said airlines that refused to comply would not have their licences renewed when they expired.

He said the new move was to ensure airlines complied with provisions of the Civil Aviation Act of 2006.

Nuhu said: “The set conditions  are  part of the renewal processes to ensure the regulator does not go under.

He said: “This is money collected in trust for us from passengers and they squandered it. We are not asking them for an interest rate, no penalties. We just want our funds remitted.

“We know that if we tell them to give us all the money at the same time, it is very difficult; so, what we have put in place some measures at the NCAA  to prevent the debts from growing. We have put in place a tripartite agreement.’’

To show that it had capacity to bite,  NCAA last Thursday refused to renew the air transport licence of Aman Air, because, according to the regulator, the airline failed to submit documents for security clearance, its tax clearance and failure to remit over N1.2 billion of passenger/cargo sakes charge it collected on behalf of the authority.

Other infractions by the carrier, the NCAA said, was its refusal  to sign an MoU to pay N50 million monthly.

Dramatically, the regulator announced the next day that Azman Air had met all conditions.

An airline pilot, who pleaded not to be named, however, raised some posers on the development.

He said: “Now, the question is how come Azman Air was able to fulfill all these conditions overnight? These same conditions the regulatory body had been asking the airline to fulfill since 2021. I just hope it is not what I am thinking.

“Was it that Azman Air  had all the necessary documents and just refused to submit them or was the airline trying to see if NCAA had the audacity to ground the airline? What is really going on ? We are watching events as they unfold.”

Private sector to raise $80m for IDPs in Nigeria