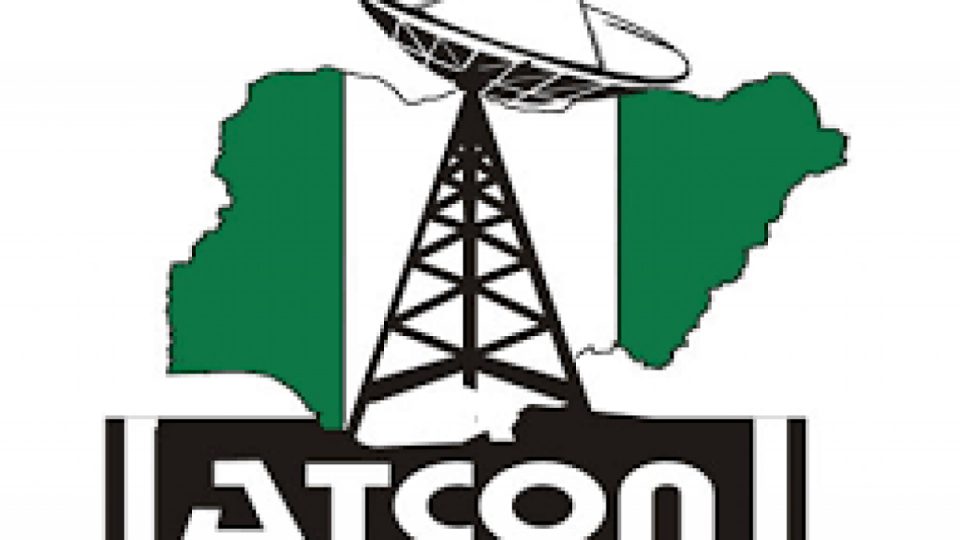 The Association of Telecommunications Companies of Nigeria has assured Nigerians that the deployment of the Biometric Voter Accreditation System and electronic transmission of results of the 2023 election are possible with the quality of telecoms architecture available in the country.

ATCON, the umbrella body for all the telecoms companies in Nigeria, including MTN, Airtel, 9Mobile, Glo and other operators,  said the nation’s telecommunication infrastructure had matured to the level it could transmit election results in 2023.

The Chief Operating Officer, Association of Telecommunications Companies of Nigeria, Ajibola Olude gave the assurances in an interview with The PUNCH on Sunday, against the backdrop of the scepticism expressed by the All Progressives Congress leadership on the BVAS and e-transmission of results.

APC National Chairman, Abdullahi Adamu, had expressed doubts over INEC’s capacity to deliver a credible election using the BVAS and the Results Viewing Portal, otherwise known as the electronic transmission of election results.

He expressed his reservation when a Commonwealth delegation on the 2023 general elections paid a courtesy visit to him at the party secretariat in Abuja last Wednesday.

Adamu’s fear was re-echoed by the party’s National Organising Secretary, Suleiman Argungu, who identified stable power supply as one of the obstacles facing the innovation.

Argungu also cited his home state of Kebbi as an example of an area where such technology could experience some hitches.

Their positions generated strong reactions from the opposition parties, including the Peoples Democratic Party, Labour Party, New Nigeria Peoples Party and others, which accused the ruling party of plotting to rig the election.

But the two party chieftains 24 hours later clarified the reservations they made on the technology, stating that they were not opposed to the deployment of the innovation during next year’s polls but merely tasked the INEC on its readiness to deploy the technology.

Claiming that he was misquoted, Adamu in a statement by the APC spokesman, Felix Morka said, “At a meeting with the Commonwealth pre-election delegation, yesterday, Wednesday, November 23, 2022, in response to a question regarding the country’s preparations for next year’s election, the national chairman noted that while preparations were in top gear, he tasked INEC to take effective steps to bridge any gaps that may be created by electricity and telecommunications network challenges in certain outlying voting districts in the country to ensure a smooth and successful deployment of BVAS and other technologies to ensure free and transparent elections.”

Morka further argued that the APC regime of the President, Major General Muhammadu Buhari (retd.), midwifed the successful reform of the Electoral Act and BVAS, among other technological innovations and has superintended the conduct of credible, free, fair and transparent elections in Edo, Anambra, Ekiti and Osun states.

However, speaking on the capacity of the telecoms to transmit election results without hiccups, the COO, the Association of Telecommunications Companies of Nigeria, Olude, said the Nigerian Communications Commission has been pursuing rural telephony vigorously to ensure national coverage before the election.

He observed that areas that did not have Internet access could use Short Message Service technology to send results in real-time, stressing that there would not be a problem using the telecommunication network to transmit election results.

Olude stated, “We are ready for electronic transmission of results. Our network has matured to the level that it can be used for result transmission. As regards the access gap, you can see that the NCC has been pursuing rural telephony vigorously.

And I want to believe one of the reasons the NCC is saying everywhere must be covered is because of the elections.

“We have the technology, and our network is mature enough to be used for poll results transmission. Areas that do not have the Internet can use SMS technology to send results in real-time to probably the capital of the state to update the result. I don’t think there will be a problem using a telecommunication network to transmit election results.”

A senior NCC official noted that the commission is working with telecommunications companies to ensure that the needed infrastructure is in place.

Though the source said there is no direct collaboration between INEC and the NCC at the moment, the communication agency, he said, is working to ensure that telecoms infrastructure is in good shape before, during and after the election.

According to him, there is a designated infrastructure used by INEC for the electronic transmission of results which would ride on the platform of telecoms operators.

He said, “To the best of my knowledge, I don’t think NCC has any collaboration with INEC. What NCC is doing is ensuring that telecoms infrastructure is in good shape before, during, and after the election. This would ensure that the electorate can communicate easily during that time.

“There is a designated infrastructure used by INEC for electronic transmission of results. We know that this will ride on the platform of telecom operators. We have asked telecoms operators to ensure that their network is okay. We also encourage Nigerians to ensure they protect existing infrastructure.”

An official in one of the telecommunications companies said most parts of the country were ready for the e-transmission of poll results.

The official, who spoke on condition of anonymity because he was not authorised to speak on the matter, said, “Most parts of Nigeria are ready for electronic transmission of poll results and the parts that are not ready can improvise. People that say we are not ready have an agenda.

“They can improvise by using SMS to fill the last mile gap. There is no part of this country now where people do not have phones, no matter how remote. So, even if they are not on the Internet, you can send an SMS to them.

‘’So, when SMS is sent to where there is Internet, it will take the last mile. But there is no part in this country that is totally cut off from telecommunications service.”

Commenting on the development, the Executive Director, Yiaga Africa, Samson Itodo, described the assurances by the telecoms firms as a welcome development.

Itodo stated, “This new posture adopted by the telcos is a welcome development. I have always held the view that Nigeria has the infrastructure required to transmit results electronically. The blind spots without network coverage are statistically insignificant compared to areas with network coverage.

“The guidelines for the election provide mechanisms for managing results transmission in areas without network coverage, and the guidelines were implemented in those elections without hiccups.

“If a polling unit has no network coverage the presiding officers can leave the PU and search for a location where there is network coverage. It’s consistent with the practice in other parts of the world.’’

“We should encourage citizens, party agents and security agents to accompany the presiding officer to those locations to ensure only accurate and authentic result sheets are uploaded,’’ the activist added.

The Director, the Electoral Hub, Princess Hamman-Obels, described the BVAS and IReV as innovations that have added value to the electoral process.

In the last 12 years, she observed that there have been continuous improvements in the electoral process in terms of how INEC conducted elections.

She noted, ‘’BVAS and IReV are amongst the latest additions in the process. These additions have been here for over a year, so how come suddenly some persons are questioning their efficacy? IRev came into being in the 2020 Edo governorship election. BVAS came into being in the Isoko North bye-election of April 2021. We are now in November 2022, two months to the main election, meaning these innovations have been in existence for over a year. Only persons vested in electoral malpractices will be against these innovations.

“They are good for the process as they increase the integrity of the process through expanded participation, inclusion, transparency, accountability and access to information. For instance, with the IReV, Nigerians anywhere in the world can monitor election results and easily verify results.

‘’BVAS cuts out padding of votes, it ensures one person one vote. It also makes it easy to checkmate over-voting etc. Shouldn’t we be progressing? Why are some persons bent on pulling us backwards?”

The Publicity Director of the APC, Bala Ibrahim, disclosed that the party does not doubt that INEC and other relevant stakeholders involved would do the right thing as long as the problem of epileptic power supply and telecommunications challenges are taken care of.

This is even as he reiterated that the observation raised earlier by the APC national chairman had been addressed by the electoral commission.

He said, “The ruling party is willing and determined to work with whatever technology that will be deployed as long as there is assurance that it is going to be 100 per cent okay. Now that INEC has confirmed that it will be 100 per cent okay, so be it. The APC has no objection.

‘’After all, it is the initiative of the ruling party that all these electoral reforms are coming into play.

“To be forewarned is to be forearmed. The national chairman only raised some concerns with the hope that the right thing will be done.

“And now that there are attempts to do the right thing, we have no doubt they will do it. After all, we have confidence that INEC is capable of conducting a free and fair election. We just hope that the end will justify the means.’’

While insisting that the APC is not afraid of the use of technology, Ibrahim stressed that the ruling party simply desired the right thing to be done.

He added, ‘’All the party is saying is that justice should not only be done but be seen to be done. The chairman’s concern was raised based on what happened in the past where because of poor electricity, the batteries that were used were said not to be charged.

‘’That became a challenge. In order not to have a repeat of that situation, they should make sure that electricity is available and the network is stable.’’

Buhari under attack over Lekki massacre