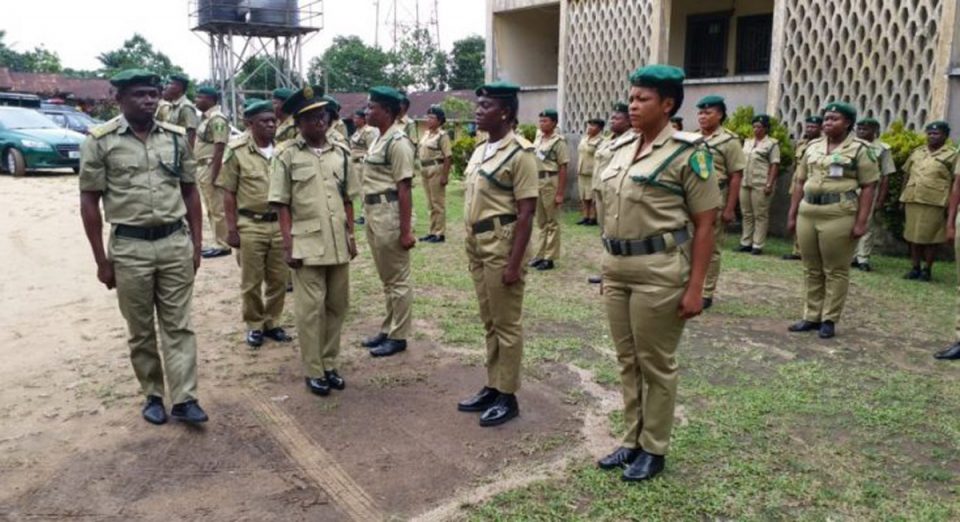 Those decorated with new ranks at a ceremony in Port Harcourt on Thursday included Juliet Ofoni, the Command’s Public Relations Officer

Ofoni was decorated with the rank of Deputy Superintendent of Prisons (DSP).

Tinuoye asked the newly-promoted officers and men to regard themselves as lucky, adding that they should put up their best performances in service in deference to their new positions.

He also advised that those who could not make it this year should continually hope to take their chances in future.

He said: “Promotion comes from God. Therefore, you should give thanks to God. Those promoted should also note that `to whom much is given, much is expected’.

“Promotion is one of the welfare packages from management to staff to ensure that they are more committed and dedicated in their duties. Put in your best as you expect more promotions to come.’’

Responding on behalf of the newly-promoted staff, DCP Ehimemem Usifo of Elele Prisons, Rivers, pledged their commitments to the service.

“We shall not disappoint you and for those who could not make it, there are better days ahead. Keep your hope alive,’’ he said.

Representatives of the Federal Roads Safety Commission, the Nigeria Security and Civil Defence Corps, the Nigeria Police and the Nigeria Immigration Service also graced the occasion.

The exercise was held at the State Prisons Headquarter, Ikwere Road, Port Harcourt

Why I killed Ekiti monarch – Suspect

No record of scarcity, price hike on fertilizers in Kaduna State –Official

Thank you for the sensible critique. Me and my neighbor were just preparing to do a little research about this. We got a grab a book from our local library but I think I learned more clear from this post. I’m very glad to see such excellent info being shared freely out there.

[…] Information on that Topic: tbiafrica.com/2019/07/12/nigerian-prisons-service-decorates-205-staff-with-new-ranks-in-port-harcourt/ […]