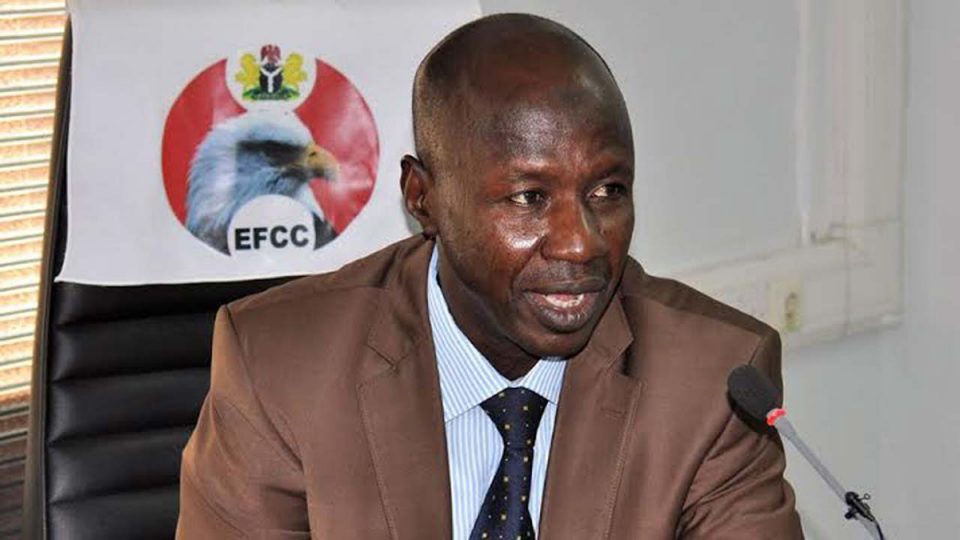 EFCC acting spokesman, Mr Tony Orilade in a statement in Abuja, on Friday, quoted  Magu as making the call when a delegation from British Serious and Organised Crime Joint Analysis (SOCJA) for West Africa visited him at the EFCC headquarters.

He said that it was worrisome that the wealth of the country had for a very long time, remained trapped in foreign countries, hindering infrastructure development and creating paucity of funds to run the country.

” Nigeria would have been better if the stolen monies have been returned.

“Our worry is that our money has been held for a very long time in foreign countries and if our money is returned, there will be improved infrastructural development in many sectors of the economy.

“If all the repatriated funds are pumped into the country, it will significantly enhance our abilities and capabilities,” Magu said.

He frowned at the rate at which illicit funds were being moved away to Britain and other European countries.

The acting anti-graft boss disclosed that the EFCC had carried out a lot of activities in local and foreign airports in trying to stop and apprehend looters exiting or entering the country with illicit funds.

“Some unscrupulous elements were smuggling out raw gold, especially from Zamfara State to foreign countries, by laundering it into money outside the shores of the country.

“In the process, they are denying the country of the precious natural endowment that would have been processed locally and value gained from it,” he said.

The leader of SOCJA, Mr Paddy Kerr, disclosed that the visit to the EFCC, followed the instruction from the British Government that each team under SOCJA should go to every region in the world and try to get the picture of its peculiar organised crimes.

“We need to understand from the EFCC’s perspective, what is driving crimes and corruption in Nigeria.

“What are the key things EFCC is doing that British can assist,” Kerr asked.

Kerr said the team will also visit Ghana, Guinea and Senegal, in order to identify the threats and challenges facing the countries of this region from organised crimes.

Presidency reacts to endorsement of Atiku by Obasanjo