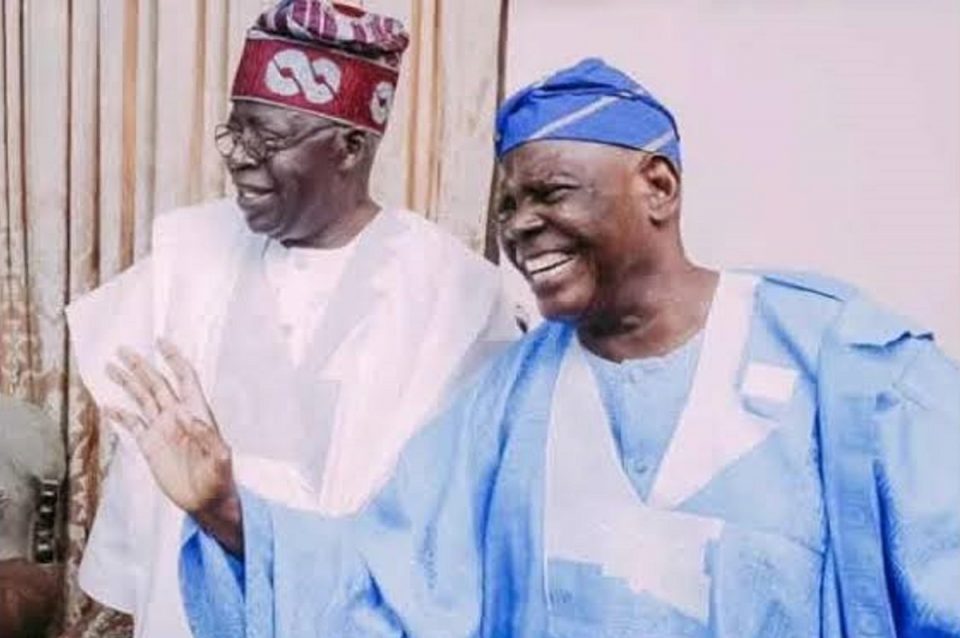 The National Leader of APC, Asiwaju Bola Ahmed Tinubu has eulogised Chief Bisi Akande for his contributions to the progressives family and Nigeria in general.

Tinubu, in a statement congratulating Akande on his 81st birthday on Wednesday in Lagos, described the former interim Chairman of APC as “a highly principled and incorruptible leader”.

He said Akande always stood as a father figure and mentor to many younger politicians across the country, particularly in the South-West.

Tinubu, also commending Akande, a former Governor of Osun from 1999 to 2003, said: “Chief Akande is an unwavering progressive politician.

“Since he enlisted in the Action Group in the First Republic, professing progressivism and following in the ideals of the late Chief Obafemi Awolowo, he has not looked back.

“He is one of the few true associates of the late Awolowo and late Chief Bola Ige around today.”

The APC national leader said that Akande devoted his public life to the ideals and practices that could engender a truly democratic and egalitarian society.

“Because of his traits as an exemplary leader and mentor, many call him ‘Baba awon omo ke ke ke’, meaning the political father of the younger ones.

“He has shown that one can be successful in politics by being kind to all and making concern for the common person and for a just society one’s guiding vision.

“For us in APC, Chief Akande has been a blessing,” he said.

Tinubu said that Akande was a founding father of the APC and helped to lay a solid foundation for the party.

He said that APC owed Akande a debt of gratitude for the exceptional leadership he demonstrated while managing the party as its interim chairman.

“He instilled discipline, transparency and accountability. Under him, internal democracy flourished.

“Baba is a highly perspective and thoughtful leader.

“He has proved invaluable in serving humanity and his fatherland.

“What he gave to his state, to the Yoruba race, he also gave to his country; he gave his best,” he said.

Tinubu prayed that God Almighty would grant Akande many more years so that he could continue to help the nation.

“May he continue to stand forth as an example to young leaders and may his wise counsel and civic virtue help guide and shape this nation,” he said.