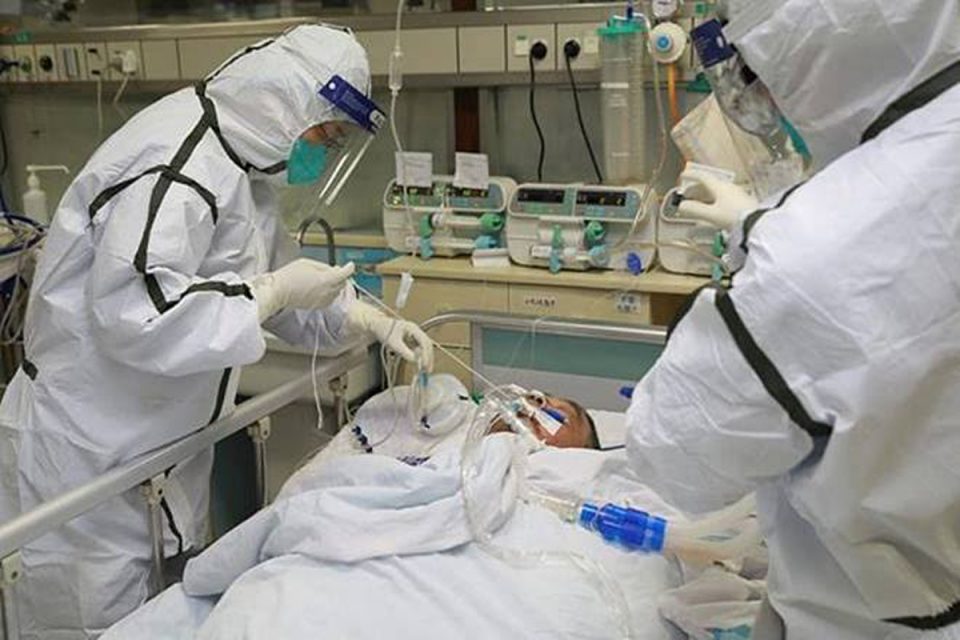 Africa recorded its first case of Coronavirus (COVID-19) on Friday as a foreigner who had been put in isolation at a hospital in Egypt tested positive for the disease.

In a statement, Egyptian Health Ministry said it had informed the WHO and had taken all necessary preventative measures.

It did not give the nationality of the affected person or any other details.

A total of 17 African countries, including Nigeria, have confirmed having facilities where the disease can be detected.

Apart from Egypt, other countries where the virus has been confirmed are Singapore, UK, Malaysia, Taiwan, Spain, Vietnam, Germany, UAE, France and Japan.

Other countries where cases of the disease have been reported are Thailand, Canada, Australia, Italy, Russia, Sweden, Finland, Cambodia, and the United States.

WHO said it could take 18 months for the first vaccine for coronavirus to be ready.

Meanwhile, the WHO says in the last 24 hours China has reported 1,820 laboratory-confirmed cases of Coronavirus (COVID-19), bringing the total to 46,550.

Dr Michael Ryan, Executive Director, WHO Health Emergencies Programme, said this in a statement posted on the agency’s website on Friday.

Ryan gave the figures while briefing newsmen on COVID-19 at WHO headquarters in Geneva.

“ We understand that most of these cases relate to a period going back over days and weeks and are retrospectively reported as cases, sometimes back to the beginning of the outbreak itself.

“So this increase that you have all seen in the last 24 hours is largely down to a change in how cases are being diagnosed and reported.

“So, in other words, in Hubei province only a trained medical professional can now classify a suspected case of COVID-19 as a clinically-confirmed case on the basis of chest imaging, rather than having to have a laboratory confirmation,” he said

According to him, this allows clinicians to move and report cases more quickly, not having to wait for lab confirmation, ensuring that people get to clinical care more quickly.

”You have noticed with suspect cases, there have been some backlogs in testing and this is also going to help ensure that people get adequate care and adequate public health measures can be taken.

According to him, to an extent this is an artefact of the reporting and we are working with our colleagues in China, and our team there are working very hard.

“In the rest of China and the rest of the world, laboratory confirmation for reporting is still required,’’ he said.

According to him, WHO will continue to track both laboratory and clinically-confirmed cases in Hubei province.

“We have seen this spike in the number of cases reported in China, but this does not represent a significant change in the trajectory of the outbreak.

“Outside China, there are 447 cases from 24 other countries, and now two deaths. In addition to the death in the Philippines, there is now one more death in Japan,’’ he said.

Banana Island, the the exclusive reserve of the super rich, situated off Ikoyi foreshore, Lagos, has been thrown into turmoil over the divorce scandal of Michael and Jibola Ponnle, both residents of one of the most expensive estate in Nigeria.

Ajibola Ponnle is the Commissioner for Establishment, Training and Pension in Lagos State. The divorce is the much talked about story after a Dane, Peter Nielsen, 53 murdered his wife, Zainab and daughter, Petra at the family’s residence at the Ocean Parade, Banana Island, Lagos, on April 5, 2018.

Like every close gated estate where secret passcodes are exchanged like in a bad spy movie, the residents know themselves and mostly belong to the same social circles.

However, all hell went loose last week when the media reported the divorce proceedings between the Lagos commissioner and her husband which has been kept under close wraps for almost two years. The proceedings are presently before Justice Lateefah Okunnu of Lagos High Court, Igbosere, Lagos.

In an estate where the likes of Alhaji Aliko Dangote, Alhassan Dantata, Iyabo Obasanjo, Mike Adenuga, Kola Abiola, and Linda Ikeji, to mention only a few live, such news goes round, particularly when it concerns one of the hottest babes in the sprawling estate.

News investigations revealed that in the estate residents were very surprised at the divorce. A resident said it was surprising to know that the Lagos Commissioner was dating “Segun Crazy”, referring to Segun Bamidele, who is often called (Ladies’ man) in Banana Island social circles. We gathered that he is called called crazy because most of the hot ladies in the area are crazy about him.

Then the bombshell: “Most people know that Segun Crazy and Dr (Miss) Shade Adebanjo, daughter of Afenifere chieftain, Pa Ayo Adebanjo were dating. We also know Jibola and Shade are very close friends. They are close to the extent that Shade is the godmother of Jibola’s first son. Shade is a sprinter and everyone was actually looking forward to her tying the nuptial knots with Segun Crazy. How it now comes about that Jibola started to date Segun to the extent of living in his house is what is surprising”, the source said.

Another source was so sure of the closeness of Jibola Ponnle and Shade Adebanjo.”When Jibola moved out of Biodun Ponnle’s house four years ago, she always hangs out with Shade,whether at clubs or parties. They were always together.

Now, this issue has turned best friends to worst enemies as they no longer see each other. A relationship they had built right from their undergraduate days at the University of Ibadan is in tatters. It has also divided their friends along fault lines, depending on whose camp such friends belong.