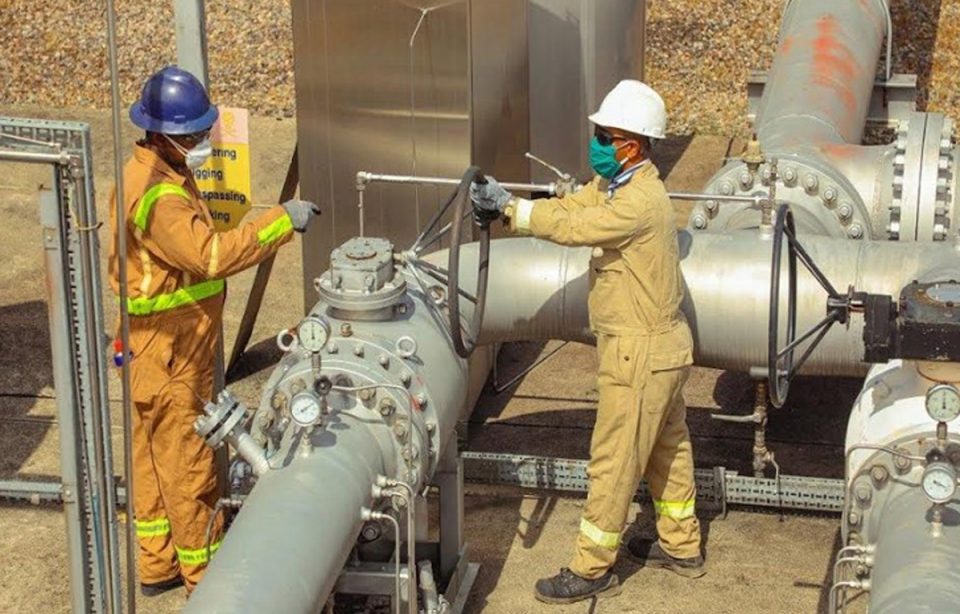 Eromosele Abiodun highlights the effort by Accugas, a subsidiary of Savannah Energy, to meet the gas supply needs by GenCos during the lockdown ordered by the federal government to curb the spread of COVID-19

When the COVID-19 outbreak became a national concern, many Nigerians were worried about the prospects of surviving a lockdown without a reliable and stable supply of electricity. In particular, the availability of gas to supply the electricity generating companies (GenCos), as well as the capacity of the national grid to deliver sufficient electricity were critical concerns.

Indeed, they had reason to worry. Nigeria has an installed electricity generation capacity of 12,500MW. About 87.5 per centof this capacity is generated by gas-fired power stations. Nigerians feared that the unprecedented lockdown could disrupt gas supply and consequently, electricity supply to millions of households and critical businesses such as hospitals and mobile network operators.

Four weeks into the lockdown, it was clear that electricity supply to households exceeded initial expectations. This was due to efforts of the Federal Government of Nigeria in tackling some recurrent constraints within the value chain. Also worthy of note is the contribution of some gas producers, who braved the challenge of COVID-19 to ensure that gas was available for power generation – and through this, helped to sustain electricity supply to Nigerians.

Just before midnight on May 1 2020, data released by Nesistats, an organisation that collates and releases data on power supply in Nigeria, indicated that 4,227 MWH/Hour of electricity was generated on that day, a 317.34 MW increase compared to the previous day.

On the downside, however, a potential 2,422.5 MW was not generated due to the unavailability of gas. According to Nesistats, the power sector lost an estimated N1,833,000,000 on May 1 2020 due to constraints from insufficient gas supply, transmission and distribution infrastructure.

While gas supply constraints remain, there have been some gas suppliers who have been able to rise to the challenge and who have continued to perform well throughout the lockdown, providing a reliable and stable supply of gas to GenCos.

From commencement of the lockdown on March 29th, Accugas, a subsidiary of Savannah Energy,for instance, has supplied an average of 114mmsf/d of gas to its customers daily. The portion supplied to its grid-based power customers, including the Calabar NIPP located in Cross River State, has enabled 470MW of electricity to be generated for the national grid. Prior to the lockdown, during the month of Feb 2020, Accugas supplied a daily average of 81.7mmscf/day of gas. Based on this, Accugas has been able to increase its output of gas by almost 40 per cent during the lockdown to meet the increased demand of its Genco customers, who have, as a result, been able to increase their supply of electricity to the national grid, helping to make up for the shortfall from other Gencos who have been gas constrained.

To illustrate what the company is doing at this time of national emergency to assure sustained gas supply for power generation in Nigeria and its plans going forward, Chief Executive Officer (CEO) of Savannah Energy, Andrew Knott, said: “Power is an essential service for any country. In Nigeria, we are responsible for the provision of gas supplies to providers of over 10 per cent of the country’s current power generation capacity, a responsibility we take very seriously. In this time of global uncertainty, it has been widely reported in the local press that many companies have struggled to supply gas-for-power in recent months, which has led to significant power outages in country. In stark contrast, Savannah, working closely with our principal customer Niger Delta Power Holding Company (NDPHC) and the Transmission Company of Nigeria (TCN) – who we thank for their strong cooperation – has increased our gas production levels by 34 per cent.

“We continue to expect to increase production levels further during the course of this year as we add new customers, such as First Independent Power Limited, who we announced earlier this year. Savannah is, and will continue to be, the partner of choice for customers seeking reliable gas-for-power in Nigeria. Across our business we will continue to work collaboratively with our key stakeholders (employees, customers, governments, communities and our supply chain) to navigate our way through the challenges and opportunities raised by the current period of economic uncertainty. I believe we have the right management team, corporate culture and purpose that will ensure we manage to do this successfully. I would like to take the opportunity to thank these stakeholders for their continuing support.”

Over the years, Accugas has been a committed supplier of gas for domestic consumption – power generation and industrial consumption. This is due to the company’s unique business model, which is focused on the development of onshore non-associated gas (“NAG”), rather than producing gas as a by-product of oil production, as many other gas suppliers do in Nigeria.

According to Knott, “Our company is heavily invested in the development of onshore gas strictly for domestic use. Our infrastructure is dedicated to providing gas for power generation and industrial consumption. We are one of the biggest producers of non-associated gas in Nigeria and the only company which has a business model specifically focused around developing gas fields and processing gas for domestic consumption.”

Accugas’ supply of gas is reliable because its gas production is not dependent on crude oil prices. Considering that the company produces NAG, the business does not suffer significantly from global crude oil price volatility. “When you are supplying gas from a non-associated gas field like we are, then the reliability of that gas is much higher than associated gas which is very contingent on how many crude oil wells are producing at any point in time,” Knott explained.

Massive investment in the development of NAG in Nigeria including its distribution infrastructure has been helpful in contributing to sustained supply of gas to off-takers especially at a time of national emergency. So far, Savannah Energy and its subsidiaries, including Accugas, have invested over $1.2 billion dollars in upstream non-associated gas production, midstream gas processing and a 260km gas transportation and distribution network traversing Akwa Ibom and Cross River States.

ccugas’ capacity to deliver gas at short notice has indeed set the company apart from its peers in the industry. The company, for example, has spare capacity at its gas processing facility, which is able to process up to around 200mmscf/day of gas. Accugas can also leverage relationships with other suppliers to deliver gas to off-takers.

“We have proven ourselves to be a dependable source of gas supply. We are in discussions with a number of prospective off-takers that are eager to sign on to our reliable and sustained gas supply to help drive their business growth,” he said.

Nigeria’s domestic gas market is struggling to capitalise on the potential of its sizeable gas reserves, even though some big-ticket projects are emerging in the country such as the Assa North-Ohaji South plant.

According to the Petroleum Economist, “The vast majority of Nigeria’s huge reserves remain untapped. Proven reserves total 200trn ft3 with a further 600trn ft3 of estimated unproven reserves, according to the Nigerian National Petroleum Corporation (NNPC). The Department of Petroleum Resources told local news media in April that Nigeria’s total gas production stood at around 1.2bn ft3/d of which 41 per cent was exported and 48 per cent was used domestically – leaving 11 per cent to be flared.”

Historically, much of the gas produced from oil fields onshore and offshore has been flared and the situation in recent years has not improved significantly. This is despite the establishment of the Nigerian Gas Flare Commercialisation Programme in 2016 aimed at encouraging the use of gas for power. This situation brings into sharp focus the efforts of indigenous and international oil companies who have invested billions of dollars for domestic gas consumption and power generation.

No doubt, Covid-19 has impacted not just the energy sector, but the totality of the socio-economic and political landscape of Nigeria. The broader consequences of COVID-19 have not yet been fully understood and it is difficult to accurately measure them at this time. However, what the lockdown has highlighted is the critical need for a reliable and stable supply of domestic gas for power generation, as evidenced by companies such as Accugas who have proved their reliability during the current crisis.

Electricity tariff: there will be no increase without consultations — NERC