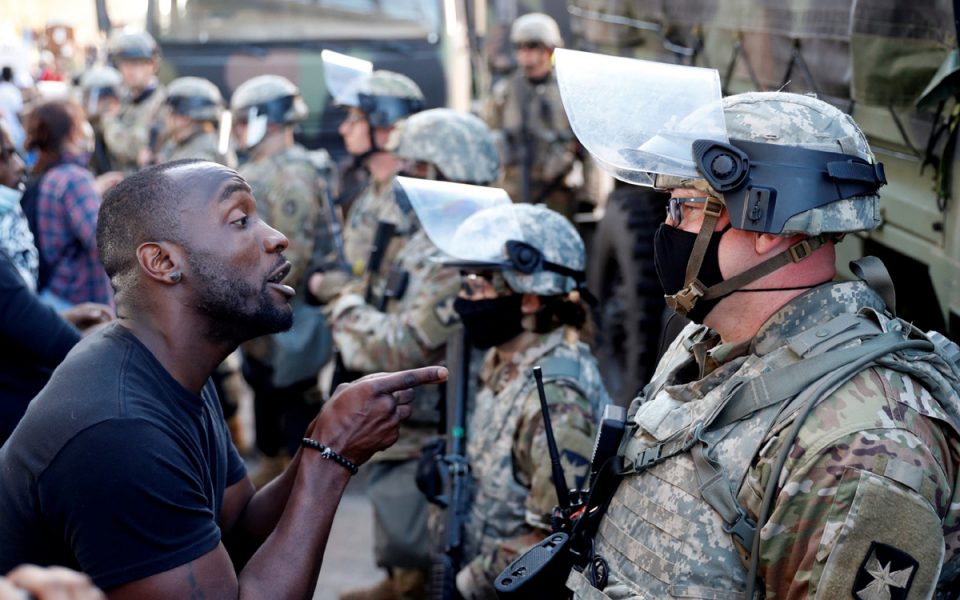 Minnesota Governor Tim Walz ordered a full mobilisation of national guard soldiers on Saturday as unrest following the death of George Floyd sparked a wave of nationwide protests and riots.

“The situation in Minneapolis is no longer in any way about the murder of George Floyd, it is about attacking civil society, instilling fear and disrupting our great cities,” Walz said during a news conference.

“It will be a dangerous situation on the streets tonight,” he added.

Floyd’s death this week, while he was being arrested by police for a forged cheque, was the spark leading to several days of protests.

Protests have spread from the mid-western city of Minneapolis and took over streets in major cities throughout the country, including Los Angeles, New York and in front of the White House, as authorities appeared largely unable to quell the unrest.

“We were confronted with tens of thousands of rioters.

“Literally there are 5,000 of them surrounding a building, trashing the building,” said John Harrington, head of the Minnesota’s public safety department.

Approximately 2,500 soldiers will be deployed, in the largest mobilisation of national guard soldiers in the state’s history, Jon Jensen, head of the Minnesota National Guard said.

The governor had already mobilised hundreds of national guardsmen who patrolled the streets of Minneapolis on Friday night.

According to Minneapolis Mayor Jacob Frey, the violent protests are being caused by people who are not Minneapolis residents.

The volatile protests came nearly immediately after video surfaced of a white police officer pinning his neck on 46-year-old George Floyd for minutes as Floyd pleads for breathe and his mother.

Floyd eventually goes unconscious and his limp body is loaded onto an ambulance stretcher.

Floyd was pronounced dead shortly after the incident.

The officer Derek Chauvin was charged with murder on Friday.

Meanwhile lawyers for the family of Floyd said that they wanted an independent autopsy after the county coroner raised doubts about suffocation as the cause of death.

Why I’ll be visiting Nigeria, others — U.S. Assistant Secretary