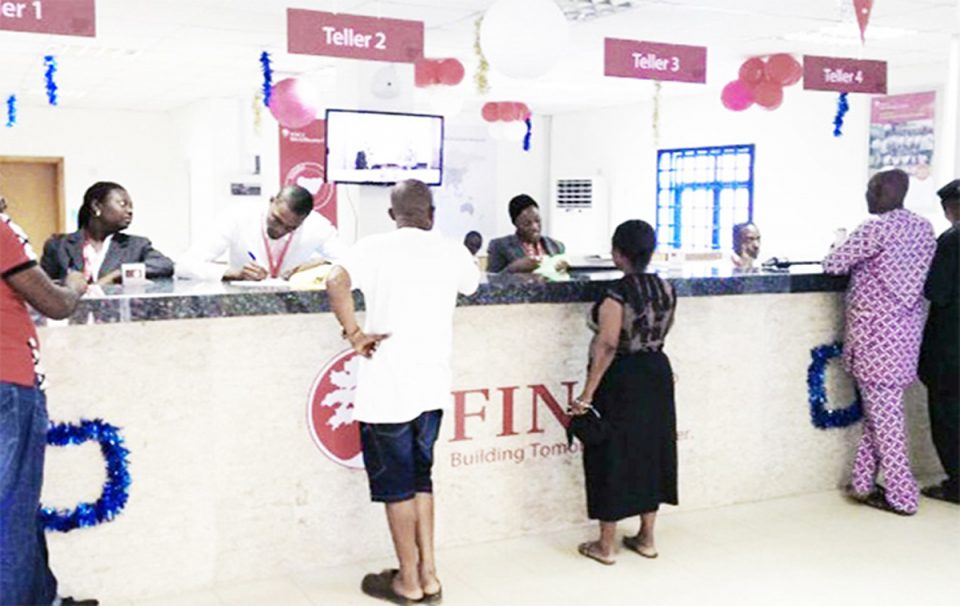 After a similar exercise in September 2010 and 2018 where the Central Bank of Nigeria (CBN) revoked the licenses of microfinance banks (MFBs) in the country, which sent shiver down the spine of all institutions operating in the microfinance sub sector, another 42 micro finance banks also lost their licenses about two weeks ago. Bamidele Ogunwusi, reports:

Most microfinance banks, according to investigation, have been battling with high levels of non-performing loans which had inevitably resulted in high portfolio risk (PAR) and impaired their capital and liquidity to do businesses.

The first round of liquidation in the microfinance sub sector in 2010 caused serious financial strain on the entire microfinance industry then, a wound that took lots of years to heal, but the latest revocation, according to analysts is long overdue as some of the operators had already closed for business for more than a year, while the existing ones operated skeletal services.

In 2018, over 153 Micro-Finance Banks (MFBs) and six Primary Mortgage Banks (PMBs) lost their operating licenses, according to the 2018 Annual Reports of the NDIC.

This latest revocation is another in the series of clean up by the two banking regulators (NDIC and CBN).

Microfinance banking was exclusively established for the low income earners across the world. It has lifted many poor people from poverty to a financially stable position in Bangladesh, India, Kenya, Nigeria and among others. Recall that In December 2005, the CBN introduced a microfinance policy framework, meant to enhance financial services for the micro-entrepreneurs and low-income households in order to contribute to the rapid economic growth.

The rationale was that no inclusive growth could be achieved without improving their access to factors of production, especially financial services.

This gesture serves as the launching pad for the emergence of microfinance banks in Nigeria.

However, by 2008, the country already had over 700 micro banks, churning out loan facilities to the active poor to expand their businesses and cater for their financial needs.

Most of these loans were granted without the needed Know Your Customers (KYC), hence, the credit facilities went bad.

The high rate of bad loans in the books of micro banks put most of them in a bad situation.

Similarly, most of the MFBs forgot the reasons they were created, as they started building gigantic structures as banking halls, using posh and exotic cars for marketing, thereby competing with commercial banks.

These two ill-informed decisions on the part of the managers of MFBs, coupled with the financial crisis of 2009, led to dwindling resources.

To this end, they applied to the CBN for permanent closure, while others were forcefully shut down by the apex bank due to their inability to perform the mandated civic responsibilities.

Microfinance banking was exclusively established for the low income earners across the world. It has lifted many poor people from poverty to a financially stable position in Bangladesh, India, Kenya, Nigeria and among others.

The Nigeria Deposit Insurance Corporation (NDIC), while announcing the revocation in a statement on its website, said: “This is to inform the depositors, creditors, shareholders and the general public that the operating licenses of the under listed 42 Microfinance Banks (MFBs) have been revoked by the Central Bank of Nigeria (CBN) effective November 22, 2020”.

Before commencing the verification exercise, the NDIC issued a statement, informing the depositors, creditors, shareholders and the general public that the operating licenses of the 42 MFBs have been revoked by the CBN, effective from 12th of November, 2020.

“The NDIC, the official liquidator of the banks whose licenses were recently revoked, is in the process of closing the listed banks and paying their insured depositors”.

“We, therefore, request that all the depositors of these banks should visit the closed banks’ addresses and meet the NDIC officials for the verification of their claims from Monday, December 21, 2020 till Thursday, December 24, 2020.”

The statement added that for further clarification or any assistance, eligible depositors should contact the representatives of the director, Claims Resolution Department of the NDIC in any of the centres/zonal offices in Abuja, Lagos, Enugu, Benin, Kano, Ilorin, Bauchi, Sokoto, Yola and Port Harcourt.

Earlier, the NDIC had stated that a limited understanding and widespread misconception of the Deposit Insurance System (DIS) in Nigeria was largely responsible for the pool of unclaimed deposits following the bank’s closure.

According to the Executive Director (Corporate Services) of NDIC, Mrs. Omolola Abiola-Edewor, the situation is a global challenge to the deposit insurance system.

She stated this while delivering a keynote address at the opening ceremony of the 2020 sensitisation seminar for judges of the Federal High Court in Abuja with the theme: ‘The Challenges to Deposit Insurance Law and Practice in Nigeria.’

Abiola- Edewor noted that the phenomenon had informed concerted efforts by the NDIC to continuously collaborate with the judiciary and other stakeholders in promoting sound knowledge and understanding of the deposit insurance system over the years.

She said the NDIC would continue to jealously guard the relationship with the judiciary.

She added that the current economic situation occasioned by the COVID-19 pandemic had further underscored the need to strengthen the collaboration towards enhancing financial stability.

While describing the judgments against the corporation for the liabilities of failed banks as another challenge confronting it, she noted that the effective resolution of legal issues affecting the administration of the deposit insurance system was critical to the enhancement of safety and soundness of the banking system.

Checks around some micro banks within Lagos and Ogun States revealed pockets of massive withdrawal given the closure of 42 MfBs, while some withdrawals were done by customers, who needed money to shop for the Christmas and New Year celebration. Insider sources revealed that most micro finance depositors had immediately inquired from their respective banks to ascertain that they were not affected by the revocation exercise, while some demanded for their deposits.

Investigation showed that most of the depositors did not take their time to go through the list of the affected MfBs, as they felt the micro banks were all the same irrespective of the name.

In the past, when the CBN made the announcement of microfinance bank’s closure, it led to massive withdrawal in MfBs nationwide as customers besieged their banks, demanding for their deposits.

However, things seem to be better this time around, as the volume of withdrawal were not pronounced compared to the previous exercise.

The recent revocation of 42 ailing microfinance banks (MFBs) licenses by the Central Bank of Nigeria (CBN) and NDIC, according to the National Association of Microfinance Banks (NAMB) was desirable for the nation’s financial system stability, customers’ interest protection and overall growth of the economy.

Alhaji Yusuf Gyallesu, its National President, said the CBN’s action would not only help in sanitising the MfB sub-sector, but also aligned with the NAMB’s leaderships plan to conduct nationwide existence check (membership audit) of the MfBs with a view to determining the soundness and state of operators in the country.

He added that, “When CBN did it, the association was already aware but maintained a stand of not letting it leak to the public.

“We agreed with the CBN that since it is their mandate to license and revoke licenses of MfBs but anytime they are closing MfBs, they shouldn’t publicise it so that it will not cause unnecessary panic in the financial system. We were surprised to read the news in the newspaper. We had discussed this issue with CBN two weeks ago.”

IoD worries over impact of COVID-19 on AGMs, profits