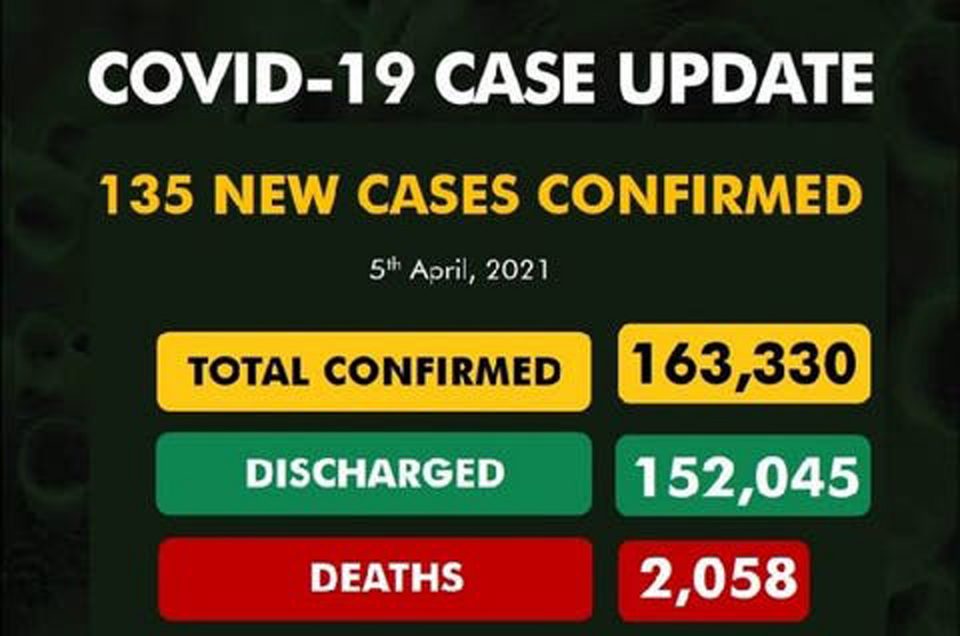 The Nigeria Centre for Disease Control (NCDC) has recorded 135 new cases of COVID-19, bringing the total number of infections in the country to 163,330.

The NCDC disclosed this on its official Twitter handle on Monday.

The centre notes that the country’s daily new cases have continued to follow a downward trajectory, from an all-time high of 2,314 on Jan. 22 to 48, as at March 29.

The NCDC said the new cases were registered from 10 states and the Federal Capital Territory (FCT).

The agency stated that the country’s active cases stood at 9,139 in the last 24 hours.

The agency said that the 2,058 deaths were reported across the 36 states of the federation and the FCT.

It noted that a multi-sectoral national emergency operations centre , activated at Level III, has continued to coordinate the national response activities in the country.

Over one billion school kids worldwide affected by COVID-19’

Nigeria restrategises to achieve self-sufficiency in sugar by 2023 — Official