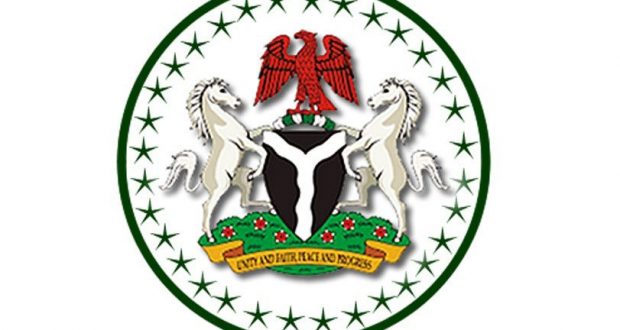 As parts of activities marking 2021 International Women’s Day, coalition of women groups have called on the three tiers of government to eliminate gender discrimination in all its appointments.

Speaking to our reporter, the ED, Gender Perspective in Development, Tammie Edet Kammonke noted women and girls in Nigeria stand to benefit immensely from an enabling policy environment, saying that gender-responsive legislations constitute a key determinant of progression towards gender equality.

Kammonke commended the Nigerian Senate for its intention to amend the Nigerian Constitution to ensure gender parity, stressing that its resolve to improve the fortunes of women and girls as well as expunging provisions of the law that infringe on the rights of women girls.

“It is very heartwarming to know that the Dr. Ahmad Ibrahim Lawan-led Nigerian Senate has made such an important resolution given the significant influence the Senate wields over the legislative process. Women and girls in Nigeria stand to benefit immensely from an enabling policy environment because gender-responsive legislations constitute a key determinant of progression towards gender equality.

“This singular act will serve as a great tribute to Margaret Ekpo who played a pivotal role in the actualization of universal adult suffrage for Nigeria women and other foremost women rights activists like Gambo Sawaba, Fumilayo Ransome Kuti and Janet Mokelu who played pioneering roles in the emancipation of Nigerian women.

Auta said, “I want to see women being supported and encouraged to run for offices without any barrier or hindrances that will stop her. I want to see women being carried along in every government agenda, policies and programmes, when the president is a man, the vice should be a woman, when governors of Nigeria states are men, the deputies should be women, Local government chairman are men, vice should be women, our counsellors should be 50 percent of female candidates, doing that will ensure the achievement of the 35 percent.

“If the 35 percent affirmative action or 50 percent quota system is achieved in Nigeria for women, it will increase Nigeria’s GDP, it will improve the lives of Nigeria’s citizens, it will bring development and progress in every aspect and sector of the economy in this country because women know how to manage resources. Women are the best managers and leaders because they have the character, capacity and they are competent. Nigeria should begin to search for ways of ensuring that women are given the same opportunity, the same rights as a man.”

Auta maintained that leadership does not have gender, explaining that it doesn’t know status, but that leadership needs a compassionate woman or man, who is ready to serve his or her people.

“When 35 percent or 50 percent of elective and appointive positions are given equally to women, many good things will happen to Nigeria. We are going to have inclusivity, accessibility, and affordability in all our endeavours and I hope to see this being achieved very soon.” Stressed Auta.

In her submission, Barr Rhoda Tyoden stated that the world is a global village, adding that for any nation to develop and be healthy, there must be gender parity in public life.

Stressing the need for constitutional amendment, she said, “We must continue to demand for accountability in all ramifications. That is why the Nigerian women are demanding for the amendment of the constitution to address the continuous discrimination and violation of women’s rights both in private and in public life.

“The Women groups in Nigeria through the Incorporated Trustees of the National Women’s Trust Fund have gone to court to challenge the poor implementation of the 35 percent Affirmative Action and the violation of the National Gender Policy 2006 which was instituted after affirming the Beijing Platform for Action of 1995 by the Nigerian government.

They are also seeking for the interpretation of the provisions of our constitution which prohibits all forms of discrimination (such sections as 42, 147, 14(2) and the provisions of many international instruments of which Nigeria ratified and is a signatory to.

“The women in the western world that are holding great political positions are women like the women in Nigeria, they do not have 2 heads, but the difference is in the enabling environment which allows them to engage meaningfully without any form of discrimination. Their election and electoral processes are devoid of any form of violence, high monetisation and intimidation.

Their laws are sacrosanct and respecter of no man. Rule of law is entrenched. Their political stage is a flat stage for all.”