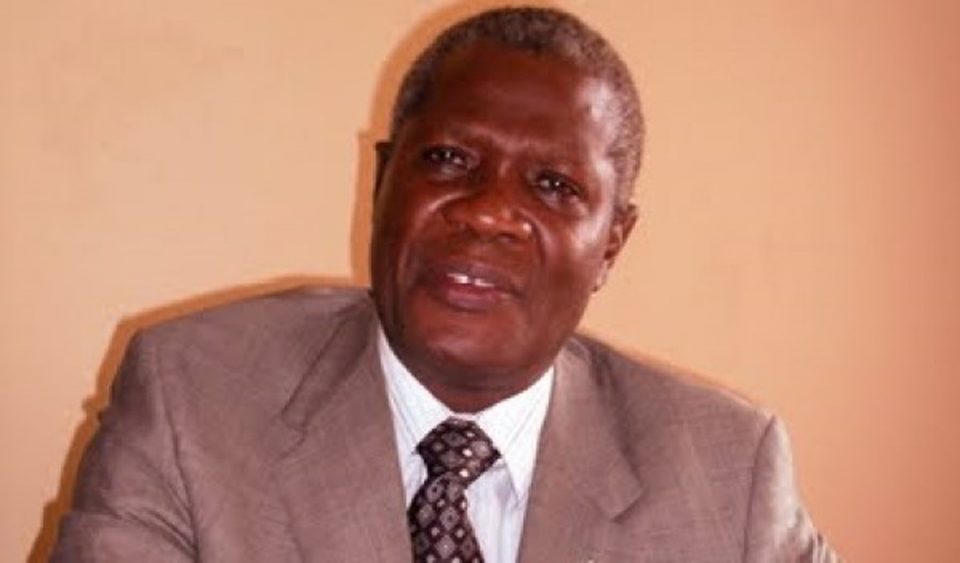 Medical experts have warned that Nigerians will face serious problems if the Federal Government fails to prevent the spread of the COVID-19 strain in India to Nigeria.

The experts, including  the president of the Academy of Medicine Specialities of Nigeria, Prof. Oladapo Ashiru, and  a medical virologist at Adeleke University, Ede, Osun State, Dr Oladipo Kolawole, gave the warning on Thursday as the Nigerian Medical Association  advised  Nigerians to fear the new  COVID-19 strain  in India and take necessary precautions to prevent its spread to the country.

The NMA National President, Professor Innocent Uja, who gave the warning in an interview with The PUNCH, noted that there were many Indians in Nigeria.

According to him, rather than stopping Indians from coming into the country, Nigerians should comply with  the Nigeria Centre for  Disease  Control’s protocols of wearing face masks and  washing hands regularly.

India is currently witnessing what has been described as a devastating second wave of COVID-19 with confirmed cases and deaths increasing in the past weeks.

One of the new variants circulating in India is referred to as the “double mutant” though it is officially called B.1.617.

Many people infected with coronavirus are being turned back from hospitals that have run out of beds and oxygen, as number of confirmed cases in the Asian country rose to  18,754,925 on Thursday.

Crematoriums are also operating non-stop as the country recorded a total of 21,385 deaths in a week.

The president of the Academy of Medicine Specialities of Nigeria,  Ashiru, in an interview with one of our correspondents, said the country would be in serious trouble if Indians coming to the country were  not monitored and quarantined.

Ashiru said Nigerians should not be in a hurry to forget that the index case of the virus in the country was an Italian.

He said, “Although, there is no direct flight from India to Nigeria, the Indians do enter the country through Ethiopian Airlines and sometimes via South Africa.

He said, “The government should put more efforts into molecular surveillance of the circulating strains of SARS-CoV-2 in Nigeria by increasing the molecular testing capacity. All flight passengers from Indian should be well tested and observing the non-pharmaceutical measures for the prevention of COVID-19.

Kolawole advised Indian firms in the country to prioritise the observance of all the non-pharmaceutical measures for the prevention of COVID-19.

The Indian strains of COVID-19 should create fear – NMA

Commenting on India’s COVID-19 cases, the NMA president, Ujah, said despite the spread of the new strains of COVID 19 in the Asian country, Nigeria could not prevent anyone from coming to the country.

He noted that Indians through  their firms in the country had contributed to Nigeria’s economy. He, therefore, advised that Nigerians to devise other efforts to achieve the national response to the non-pharmaceutical measures.

He stated,  “The Indian strains of COVID 19 should create fear because we are in a global village.

“I think what we need to do is to comply with the NCDC protocols of wearing face masks,  washing our hands regularly and social distancing.

“At the moment, we don’t know those who  have it (coronavirus) and those who do not have it. So we cannot prevent anybody from coming to Nigeria at the moment.

“Also we cannot say because of the new strain in India and drive Indians away from Nigeria because when they  (Indian) have been contributing to our economy.

“What we should do is to devise other efforts to control and to achieve the national response to the non-pharmaceutical model of physical  distancing, the use of face masks and sanitiser.

“People should also be vaccinated.  I was vaccinated and I did not suffer any ill-health and I am going for the second vaccination soon.”

On his part,  the President of the National Association of Nigeria, Dr Uyilawa Okhuaihesuyi, in an interview with The PUNCH, advised the Federal Government to prevent the spread of the Indian variant to Nigeria.

He stated, “Currently, India is grappling with a new variant of the COVID 19 known as the B.1.617. This variant has been named the Indian variant or the double mutant. It is common and majorly seen in two cities of India. The transmissibility of this variant is still being studied however reports have it that its fatality is higher than the previous strains of the virus.”

Advising the Federal Government against lackadaisical attitudes,  Okhuaihesuyi  stated, “Nigeria always plays second fiddle and never ready to tackle events. As it stands, we are on the verge of an implosion with wanton killings from insecurity.

“Any sensible leadership should put its resources and check the spread of this variant as our health system and health-seeking behaviour are a far cry from world best practices.

“The time to act is now. Check all of our borders-land, sea and air and ensure that all is ready with high index of suspicion from travellers -both nationals and foreigners.”

“We need to beef up our borders and ensure that the port health officers get all the needed help to be on the alert and tackle this head on.”

On its part, the Lagos State Government  said it would do all within its power to prevent the third wave of the pandemic.

The state Commissioners for Information and Strategy, Mr Gbenga Omotoso, in an interview with one of our correspondents said the government would increase advocacy to enlighten Lagosians on the need to observe the COVID-19 protocols.

“We are monitoring the situation in India. The governor has summoned meeting of key officials to tighten our plans and see that Lagosians are protected.

“We will step up advocacy and do all we need to do to prevent the strain from being imported to the state. We are in touch with the Federal Government to join forces against the virus. We should not say that the second wave is gone, we need to forestall the occurrence of the third wave.”

Indian strain: No cause for alarm, says NIS

But the Nigerian Immigration Service says there is no cause for alarm in Nigeria as far as the deadly Indian strain of COVID-19 is concerned.

It said all efforts were being made to ensure that all protocols released to curtail the spread of the virus were being followed at the nation’s entry points.

The NIS spokesman, James Sunday, said this in a telephone interview with one of  our correspondents on Thursday evening.

Sunday said, “The Nigerian Immigration Service is doing everything possible to ensure that all protocols on COVID-19 are followed at the nation’s entry points.

“We are also committed to ensuring that all those who do not report as stipulated in the protocols will have their passport revoked.

“In all, we are doing everything possible to ensure that the nation and its citizens are safe. There is no cause for alarm.”

The Minister of Health, Osagie Ehanire, did not take his calls when the correspondent attempted to get his reaction to the story on Thursday.

Also, he has yet to respond to a text message sent to him on the matter as of the time of filing this report.

In the text message, our correspondent had sought to know from the minister the specific steps being taking by the Federal Government to ensure that the dreaded Indian strain is not imported into the country.

US tells citizens to leave India as soon as possible

As India battled the virus, the United State, according to the BBC, told its citizens to leave the Asian nation  as soon as possible.

It warned its citizens that  in India “access to all types of medical care is becoming severely limited.”

An advisory issued by the US Embassy and Consulates in India stated,  “Access to all types of medical care is becoming severely limited in India due to the surge in COVID-19 cases.  The US citizens who wish to depart India should take advantage of available commercial transportation options now.   Direct flights between India and the United States are offered daily, with additional flight options available to U.S. citizens via transfers in Paris and Frankfurt.”

The CNN reported on Thursday that US President Joe Biden said on Tuesday he had spoken with Indian Prime Minister Narendra Modi and confirmed the US intended to send coronavirus vaccines to India.

The Director of the US’ National Institute of Allergy and Infectious Diseases, in an with The Guardian of London, said equitable distribution of the vaccine around the world was essential.

He stated, “Because we’re all in this together,  It’s an interconnected world. And there are responsibilities that countries have to each other, particularly if you’re a wealthy country and you’re dealing with countries that don’t have the resources or capabilities that you have.”

The US is sending more than $100m  in supplies, including almost one million instant tests on a first flight, to India.

Insecurity: Why US may not heed Buhari’s call for assistance —Falana

Nigeria can earn billions of dollars from precious stones- Jeweller

FEC ratifies bill for domestication of international convention against doping