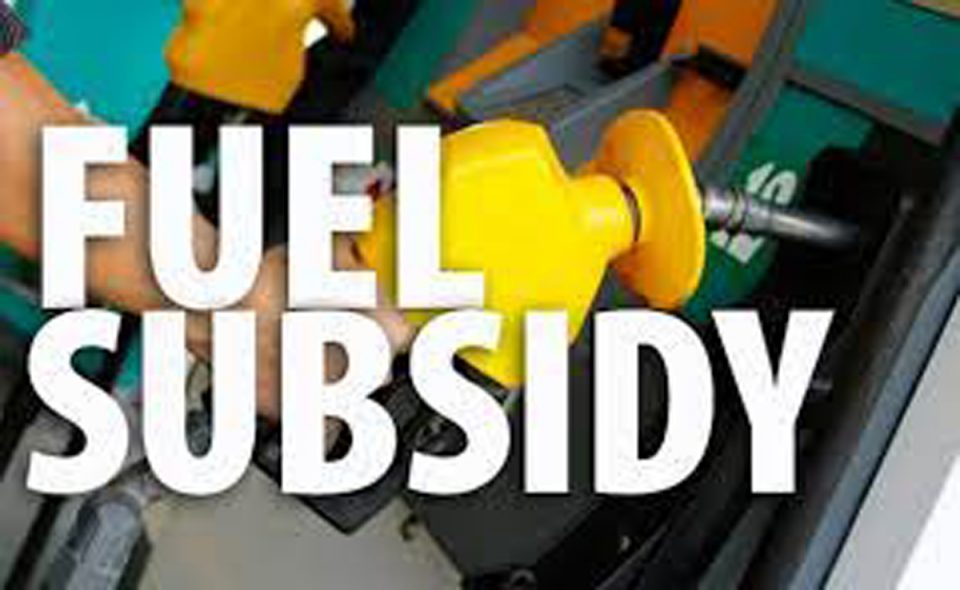 As the Central Bank of Nigeria (CBN) signals a subtle harmonisation of exchange rates with the removal of N379/$1 official rate from its website, all is set for labour unions to lock horns with the Federal Government on petrol subsidy removal.

The return of subsidy have posed new challenges for the country in terms of discrepancies in the volume of daily consumed fuel about to be worsened by the apex bank’s adoption of the Investors and Exporters (I&E) window rate, pushing subsidy claims above N120 billion every month.

While the Presidential Economic Advisory Council had last week asked President Muhammadu Buhari to remove subsidy on petrol and adopt a pricing regime that reflects the cost of the commodity, the Nigeria Labour Congress (NLC), in a swift reaction at the weekend, insisted that petrol subsidy must not be removed and that it would not shift grounds on this position until Nigeria’s refineries were fixed.

As oil prices near $70 a barrel, the adoption of the Nigerian Autonomous Foreign Exchange Rate (NAFEX) also called the Investors’ and Exporters’ Forex Window, in an apparent move to harmonise exchange rates, will further increase the landing cost of petrol, considering that rates have oscillated between N408 and N412 for months, a significant fall from the N379 quoted as the official rate.

Activities at the NAFEX window showed the Naira trading as low as N426.67/$ at the weekend before closing at N411.67. At the parallel market, Naira also declined to N484.00. The policy shift also confirmed longtime speculation that the NAFEX is the default official rate.

The effect of this notably will be upward movement in energy prices, which includes subsidies and pricing frameworks in petrol/gas/power bills.

The move by the CBN raises concerns about the devaluation of the currency that has long struggled amid declining government revenue and foreign exchange. With the widened margin in exchange rate and rebound in crude prices, the landing price of petrol is expected to increase, same as the subsidy paid on the pump price of the commodity.

Also, governors, who are presently pressured by the fall in earnings both in their states and from the Federation Accounts Allocation Committee (FAAC), might be forced to take a position of petrol subsidy, having been silent on the issue.

While poor electricity supply might push fuel consumption patterns, the trend over the years from abysmal power supply has defied the reasoning for a jump of about 33 million litres in daily consumption.

That 33 million litres differential, amounting to about N73.6 billion, going by the current N72 subsidy on every litre of petrol, implies that the country has lost the gains of its recent policy on land border closure targeted at reducing smuggling of petrol and other goods as government’s suspension of the deregulation of the downstream sector worsens smuggling of the product to other West African countries.

The Federal Government, had through the Minister of State for Petroleum Resources, Timipre Sylva, at the joint Senate and House of Representatives Committees on Petroleum sitting, said that the closure of the land borders by the Nigeria Customs Service had cut down the consumption of Premium Motor Spirit, also known as petrol, to 52 million litres per day.

Data from the Nigerian Bureau of Statistics, which is usually verified and compared with data by the Petroleum Products Pricing Regulatory Agency (PPPRA) showed that by the end of 2019, Nigerians consumed 20.8 billion litres of petrol translating to about 57.2 million litres daily.

From December 2019 to December 2020, NNPC noted that consumption of petrol in the country stood at 18.325 billion litres. That translated to about 49.5 million litres daily. The low consumption was attributable to the pandemic-induced lockdown and sustained closure of borders during the period.

The monthly financial and operational record of the national oil company as of January this year, showed that the corporation supplied a total of 1.44 billion litres of petrol, translating to 46.30 million litres per day. Recall that the national oil company has been the sole importer of PMS for years, since the prevailing economic development and government regulation in the sector kept operators in their shells.

But immediately the country’s subsidy and deregulation arrangement went shoddy in the first quarter of the year, the figure of daily petrol consumption soared.

Group Managing Director of NNPC, Mele Kyari, had in March during a ministerial briefing, said the country’s consumption level stood at 60 million litre daily. The development showed that the daily consumption went up by over 10 million litre in less than two months.

To him, that translated to subsidy payment of about N120 billion monthly, adding that actual cost of importation and handling charges of refined PMS in the country stood at N234 per litre but that the NNPC was compelled to sell at N162 per litre. The differential of about N72 on every litre was therefore being paid by the government as subsidy.

Put in context, Nigeria may be losing about 73.6 billion monthly to smugglers and prevailing corruption that is associated with the return of subsidy.

IN its reaction, the Lagos Chamber of Commerce and Industry (LCCI) stated that the petrol subsidy regime poses a major corruption risk, adding that the system is extremely difficult to police and is responsible for the spike in the supposed domestic petrol consumption. According to LCCI Director-General, Dr Muda Yusuf, the way out is a quick exit strategy from the subsidy conundrum.

Yusuf added that the position of labour on subsidy is popular, but not fiscally and economically sustainable, as it is putting the future of the country at a great risk. “This economy cannot survive the subsidy-induced headwinds for long. Labour needs to come to terms with the phenomenal macroeconomic and systemic risks that the perpetuation of the subsidy regime poses for the country.

“Investments in refineries would only be sustainable if it is private-sector driven. And no private capital will flow to a sector where the product price is fixed by the government, irrespective of changes in cost parameters. It would not just happen.

“Over the past three decades, the policy of public sector dominance of the downstream petroleum sector had effectively blocked private investment in the sector. The economy is now paying a huge price for decades of an inappropriate policy choice,” he added.

He then urged the labour and government to come up with creative and innovative ways of cushioning the effects of subsidy removal rather than insist on a policy that could pull down an already fragile economy.

“The country does not have the fiscal space to continue on the current policy path. Labour needs to rethink its position in the larger interest of the economy and the entire citizens of the country. We should collectively have a longer-term view of the economy. We should also be conscious of the systemic ramifications of the consequences of our policy choices,” he added.

A Director at PricewaterhouseCoopers, Habeeb Jaiyeola, noted that the country currently relies on estimation of daily consumption, adding that while the current growing consumption remained a challenge for the country’s economic outlook, there was urgent need to ensure that the country is able to determine the actual consumption.

Stressing that unless citizens pay the actual cost of the product, Jaiyeola said managing their consumption, which could have equally reduced overall consumption could be challenging, adding that subsidy provides incentives for smuggling as most neighbouring countries charge almost double of the cost of petrol in the country.

“We need to be able to provide verifiable data. What mechanism do we have to accurately capture the level of consumption and which agency is responsible? Without that we would continue to guess the data.”

With the growing population of people, vehicles and middle class and the epileptic state of the power sector, which makes people rely on generators, Jaiyeola noted that the country must deregulate the downstream industry to avoid the impacts of subsidy on other aspects of the economy.

Proshare, a leading financial information hub, notes that deregulation of the oil sector remains a politically sensitive discourse. “Deregulating the downstream sector which would many times involve raising the pump price of petrol with increasing oil price is always a challenge in a country where the subsidy on petrol prices is seen as the only source of social security.

“We have always expressed concerns that the current timing by the government to get rid of the long-standing subsidies is inopportune and the government may be forced to return to the subsidy regime given the effects of the pandemic, increasing food inflation and the recent hike in electricity tariffs on the already squeezed Nigerian consumer.”

‘76.2m Nigerians are hypertensive but only 23 million on treatment’

IBEDC begins distribution of free meters to 10,000 households in Osun

Microfinance Banks: Another Round Of Cleansing By CBN, NDIC

…….As FG decries violation of standard protocols, warns against backlash