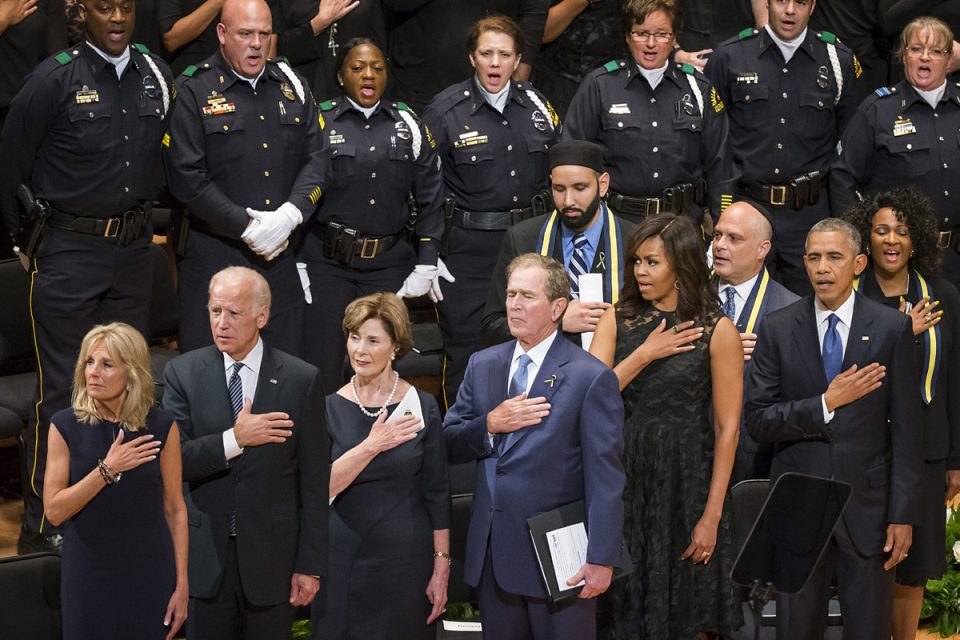 Twenty years after the 9/11 terrorist attacks on the World Trade Centre, New York City, United States, the country is yet to fully heal from the wounds, according to reports

In commemoration and honour of the victims of this attack and the 1993 bombing at the World Trade Centre, American President, Joe Biden and his Vice, Kamala Harris, and other former presidents, including George Bush, held a memorial service at Shanksville, where the third plan had crashed when 40 passengers fought and overtook the plane from the hijackers.

The annual reading of names was concluded and President Biden laid a wreath at the Flight 93 National Memorial and silently reflected in front of the wall where the names of some 40 victims were posted, ABC News reported.

After the memorial walk to greet the family members of the victims who were in attendance, Harris spoke at the memorial service, reflecting on the heroism of the passengers who fought the hijackers.

“What happened on Flight 93 told us then, and it still tells us so much about the courage of those on board who gave everything they possibly could, about the resolve of the first responders who risked everything and about the resilience of the American people.

“In a time of outright terror, we turned toward each other. In the face of a stranger, we saw a neighbor and a friend. That time reminded us the significance and the strength of our unity as Americans, and that it is possible in America,” she said.

“Here, the intended targets became the instruments of rescue, and many who are now alive owe a vast, unconscious debt to the defiance displayed in the skies above this field.

“They are children of the same foul spirit and it’s our continuing duty to confront them.

“Nothing that has followed, nothing, can tarnish your honor or diminish your accomplishments. To you and the honored dead, our country is forever grateful,” Bush said.

Thea Trinadad, who lost her father in the attacks and has signed up to read the victims’ names at the ceremony at Ground Zero in New York said, “It’s hard because you hoped that this would just be a different time and a different world. But sometimes history starts to repeat itself and not in the best of ways.”

In a video released on Friday night, Biden mourned what he termed ‘the ongoing losses’ of 9/11 stressing that “at our most vulnerable … unity is our greatest strength.”

“Children have grown up without parents, and parents have suffered without children,” Biden added.

Just as memories of 9/11 are firmly embedded in the minds of most Americans old enough to recall the attacks, their historical importance far surpasses other events in people’s lifetimes.

Nigerians in S/Africa pledge to guard against fake passport registration