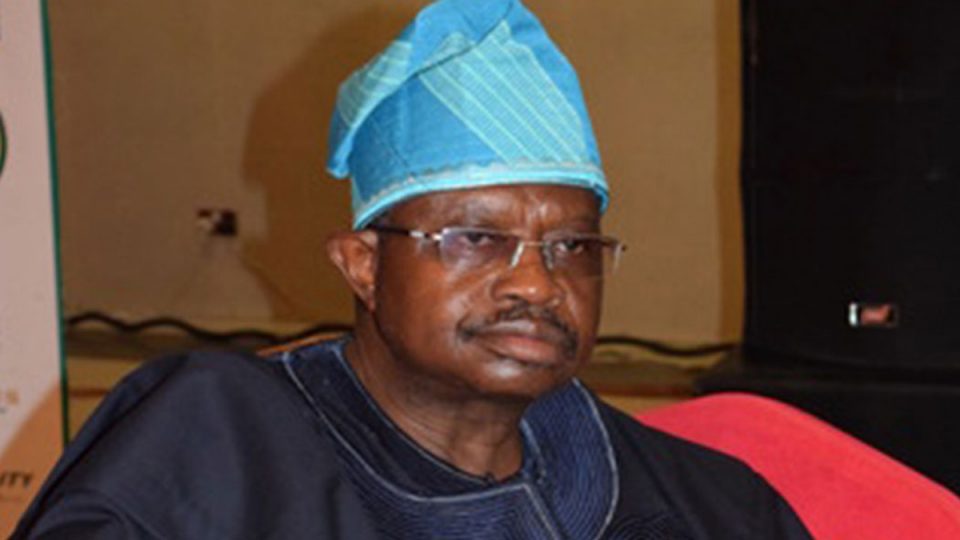 In this interview with Guardian Newspaper, he also shares insights into the ongoing implementation of the Petroleum Industry Act (PIA), oil and gas exploration and production in the country.

Nigeria has been able to pass the PIA after about two decades, what are your thoughts about this legislation?

It is unfortunate for us to have taken over two decades to pass the bill. It started on a positive note. It had been passed, the industry would have benefited tremendously from it, but it was so politicised to the extent that different sessions of the Senate struggled with the Act, or were not able to pass it because of vested interests.

So, it is a surprise that after 20 years of tinkering, manipulating, adjusting and doing everything, we finally passed it. And then, when you look at what we have done with it over 20 years, the world keeps moving on. While we were making jokes, oil discoveries are being declared in other places, including Africa.

So, the amount of investment that would have been done in Nigeria was not done because of the delay in passing the PIA. And then, we did it eventually, but it is very late and I don’t think it was reasonable that we delayed it for so long.

Implementation of the Act is currently ongoing. The president has directed the establishment of NNPC Limited, named the board of the new company as well as head of both the upstream and downstream regulatory agencies alongside their boards. Going by criticism, the composition of the boards fall below par. Will you say your expectations were met with the ongoing moves?

I stopped myself from answering questions on the PIA because I was expecting more. I should say that the PIA that was eventually passed is still a deformed baby. It is an open fact that the communities where oil is produced have been badly devastated over the years. They were asking for compensation that should be reflected in the PIA but when it came, they so cut down what was already being considered.

My fear is that we are actually going to have so much instability because these people will not be satisfied. If they are not satisfied, they are not going to allow easy and smooth operations in those places. My other concern is the definition of host communities. It was manipulated because of interest and politicisation to mean not the place where the activities are taking place.

They have even designated places where pipelines passed through as host communities. For hosting pipelines? Is that the same thing with people, places where exploration and production are done? This will result in problems in the future. And then, another aspect of the PIA I will talk about later is the question of the number of funds from the profit of NNPC that will be used for frontier exploration.

On the board of the NNPC and implementation, as usual, we never can get it right because in other climes you put round pegs in round holes and square pegs in square holes, but in our case, it’s never the same. It is being used as political patronage. So not all the positions of the NNPC board are occupied by industry experts that will do a good job. That was done deliberately so that we wouldn’t get an A-class performance.

It is a similar situation for all the boards that have been set up. If the government expects good performance, then they have to give the boards the unusual free hands to operate. The board should not get involved in the day-to-day running of those organisations. Personal interest in contracting, tribalism and nepotism must stop for the sector to thrive.

Only about 38 per cent of the nation’s pipeline is operational. Are you worried about this? If yes, what do you think are the solutions?

Well, it is still the same problem in Nigeria. When the pipelines were being laid, they were done by foreign companies, so most of the pipelines in Nigeria are owned by Shell. A lot of the others are owned by the others. And they constructed all these pipelines to link their areas of operations to the export terminals. They were efficient for them. The job of oil companies is to produce, then transport and then get to the terminal where they load and go. The most efficient thing we can do is to link pipelines with each other. Not everybody will need to lay a new pipeline for operations. But unfortunately, this is not done. And so, look at the situation where most of these pipelines are owned by Shell, and they are mainly on inland, swamp and shallow offshore and others are producing close to all this, and then they have to go and set up pipelines again before they can transfer. Some of the marginal oil field owners are challenged on what to do when they produce their products because the costs of setting up pipelines to lead their products to where they will be able to load become a problem.

What we proposed to the government some years back was that we approached them and asked them to let us buy their pipelines and manage them alongside other experts. This will help to optimise the deliverable capacities of the pipelines so that all the producers will come, rent and not have to set up their own pipelines. But it didn’t fly. Of course, NNPC will bring their interest, and everything. After a lot of negotiations, we had to slow down and abandon the idea.

However, it is going to get worse because Shell is divesting. Most of these pipelines would be abandoned and there is nothing we can do about it.

These pipelines are there, they are thousands of kilometres long. You can restructure, refigure and reconnect them. You can get the equivalent of trunk A road and smaller roads. They may decommission some of the pipes if they are too expensive to manage. They are there, they are not things that dissolve or melt. We can recover thousands of tones in width of this, and the pipes can be cleaned, maintained, and put to best use.

But if we continue with the way we are managing them, it will get worse. The pipelines can still be maintained, cleaned up for us to use again. It depends on the government. And don’t forget, the federal government owns 60 per cent of most of the assets of the oil producers. At least 55 per cent mostly. So all these assets you are talking about are Nigerian assets.

The problems these pipelines are having relate to vandalism and NNPC is currently spending a lot on securing the pipes. Do you think these are not the core problems?

It is not the core problem. The militants that attack pipelines or crude oil thieves, know which pipelines are carrying products, they are insiders. Thieves will never go and attack a pipeline that has not been carrying products for years because they are not being used. If they go and attack it nothing will come out. The pipelines are thousands of kilometres long. But like you said, only about 30 per cent of them are in use, all the other ones will never be attacked.

And if all these products are metered properly, because that’s another big issue. What is being carried? How many of them are metered? How much do we know we are carrying? There are metering companies all over the world that we have spoken to and are quite happy. We tried to introduce some of them to DPR in the past. The oil companies are not making 100 per cent disclosure about what they are producing and government officials also are not interested in letting the real figures be known because of personal interest. Even the oil lifters are all involved in this opacity business but they never let us know what is going on.

The pipelines are equally old and getting destroyed. Sometimes, they explode. What is fueling this?

The pipelines don’t just blow up on their own. People try to steal, drill into them. They call it hot tabbing and in the process of doing it, they never seal it back, without maintenance, it could suddenly blow up. Pipelines that are well maintained would never cause any explosion. The problem is, when you weaken a particular spot on the pipe, it will rupture and start leaking. There are pipes in this country that have been there forever but have never blown or leaked because they are maintained at the right time. Nobody touches them. But the ones that are not well maintained and always attack sometimes create a big problem.

It has been difficult to secure funding for some of the pipeline projects but you made the issues look simple, especially the areas of integrating and operating the pipelines efficiently. Where do we get funding?

If China is withdrawing from the AKK project, I can assure you that it wouldn’t be because of a shortage of funds. The people investing must have done their calculations about the investment or their return on investment and the conditions. If any of those conditions are missing, then they will withdraw. For instance, the reason they took that contract is that they will own the pipelines and they will charge for its future usage. So, it is their investment and the only way they will make money is if it is used. But if on the other hand, it is an investment by the government and all their concerns are to be a contractor and be paid, they will withdraw.

Oil is heading towards $85 per barrel. What are the implications for Nigeria’s oil and gas sector and the economy, especially in the areas of new and old projects, bearing in mind the issue of subsidy and shale production?

Incidentally, like everything with us, we allowed oil in the first place to kill all sectors of our industry, and the whole country was given a feeding bottle of oil, which the country has been living on. We never thought anything would disrupt that and then it got disrupted and we got into trouble.

So now that oil prices have started going up internationally, the next we would see is how to spend unreasonably or encourage us to go on borrowing.

I don’t see it having any positive effect on the economy of Nigeria. The economy is being encouraged to import. People are looking at other ways of surviving. Immediately we start having some money now because oil prices have started going up, we will start budgeting more, borrowing more and never spending money on productive areas.

Take a look at the budget, how much are we spending on recurrent expenditure viz-a-viz capital? We spend nothing on capital. We are borrowing money on all the capital projects, we are doing it at terms that are scary because a lot of these borrowings, of course, are tied to the fact that if they were unable to pay, the investment will be taken over by the Chinese eventually.

Embassy seeks solution to closure of German School in Turkey