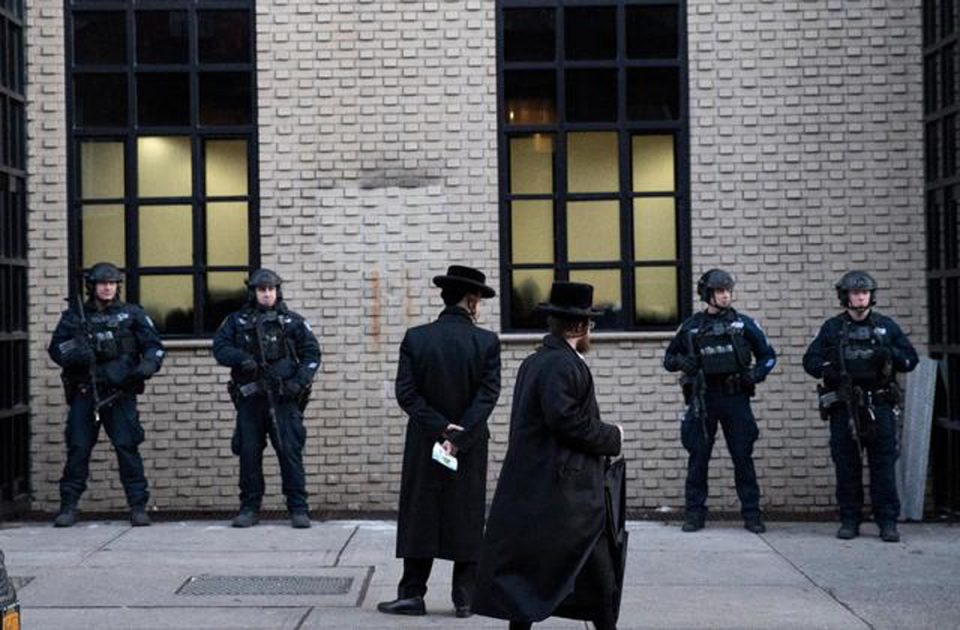 More officers will be seen in Borough Park, Crown Heights and Williamsburg, all areas with large Jewish populations, de Blasio said in a tweet.

Police will also increase visits to houses of worship and “other critical areas in the community,” he said.

“Anyone who terrorizes our Jewish community WILL face justice.

“Anti-Semitism is an attack on the values of our city — and we will confront it head-on,” the mayor tweeted.

The announcement followed multiple possible anti-Semitic incidents in the city during the Jewish holiday of Hanukkah this week.

On Monday in Manhattan, a 65-year-old man was punched, kicked, and verbally abused by another man, news outlet CNN reported, citing the New York police department.

Two separate incidents in Brooklyn on Tuesday involved a group of people allegedly yelling anti-Jewish slurs at a 25-year-old man and a group punching a 56-year-old man, CNN reported.

The mayor on Wednesday tweeted that police were investigating the incidents.

“The despicable crimes committed against our Jewish community over the last 24 hours are an attack on ALL New Yorkers,” de Blasio said.

On Thursday, police charged a woman with assault as a hate crime after she allegedly hit a Jewish woman, 34, with her bag in front of the victim’s small child, according to CNN.

NSE: Investors net worth drops by N581bn in November

I don’t even understand how I stopped up right here, but I assumed this put up was once great. I do not know who you’re but definitely you’re going to a well-known blogger if you happen to aren’t already 😉 Cheers!

What¦s Happening i am new to this, I stumbled upon this I’ve discovered It positively useful and it has aided me out loads. I hope to contribute & aid other customers like its aided me. Great job.

Greetings! Very helpful advice on this article! It is the little changes that make the biggest changes. Thanks a lot for sharing!

Very interesting subject, thanks for posting. “The season of failure is the best time for sowing the seeds of success.” by Paramahansa Yogananda.