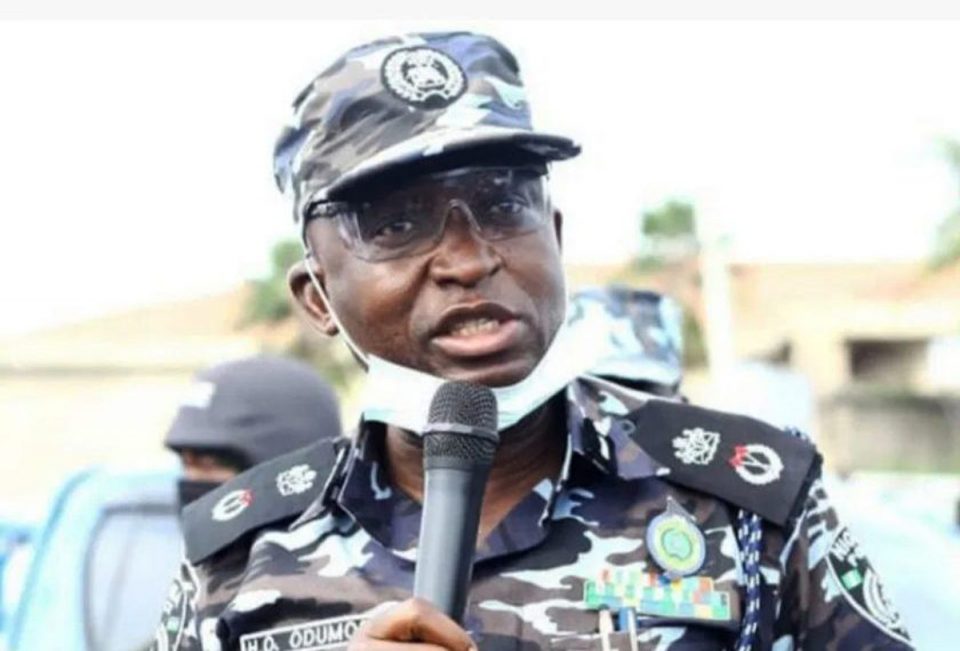 The Lagos Commissioner of Police, Hakeem Odumosu, has commended the leadership of the All Progressives Congress (APC) and the Peoples Democratic Party (PDP) for their peaceful state congress elections.

Odumosu gave the commendation during the PDP state congress election at the Tafawa Balewa Square (TBS) in Lagos on Saturday.

The APC and PDP held their state congresses to elect new members for executive positions.

The commissioner said there was an impression that there would be fracas when the two political parties were holding their elections not far away from each other.

He said: “I want to thank the leadership of the two political parties because there was an impression that there will be fracas with the two parties holding their congresses at the same time.

“The two parties are holding their congresses two minutes trek away from each other but I commend the leaders for bringing their supporters to decorum.”

Commenting on the #EndSARS anniversary, he said the protesters had the right to protest and be protected by the police.

Odumosu said that what the police were advocating was for them to work together and have a meeting point.

He said: “If you want to protest, it is your right under the law but you don’t have to block the road because in the process of obstructing the road, you are no longer protesting for better life for people.

“Don’t forget that this is Lagos, it is the economy of the country and it is equally a working day and you can imagine those lives that earn their living on a daily basis.

“There are some people that cannot to feed their families when protesters block the road definitely,” he said.

The commissioner appealed to the protesters to let them know the time so they could provide them with adequate security and ensure free flow of traffic during the protest.

ALLEN ONYEMA: THE SUN EXCEPTIONAL PHILANTHROPIST OF THE YEAR

IBEDC to invest N91bn to improve network, others in 5 years