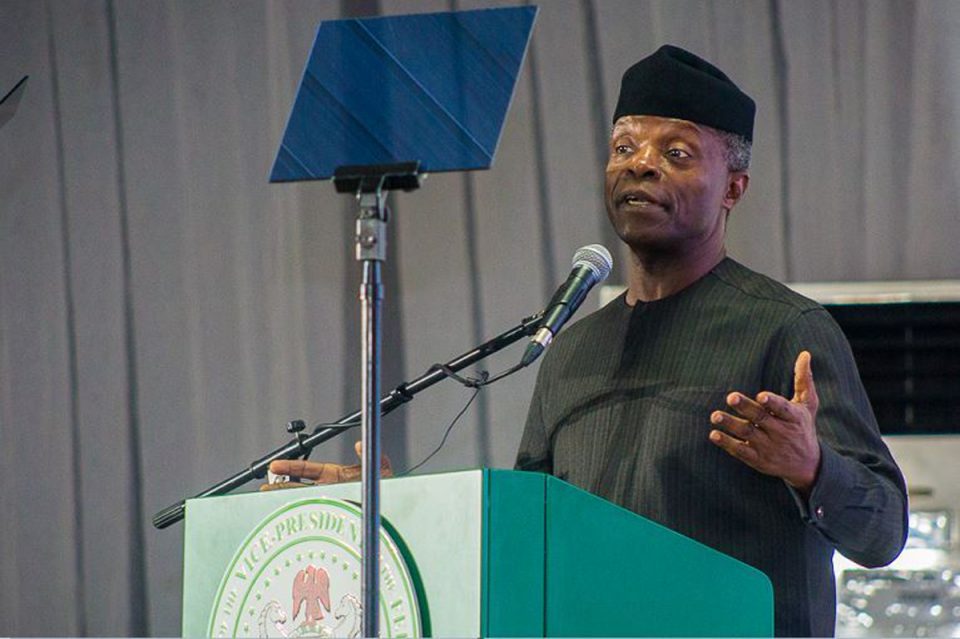 Vice President Yemi Osinbajo has said that the role of government agencies as licensors, regulators, revenue generators only makes sense when operators understand that the bigger picture is to provide the most auspicious environment for the private and non-government sectors to operate.

Osinbajo spoke on Thursday in Abuja at the Leadership Enhancement and Development Programme Special Lecture for members of the Federal Government’s Civil Service.

Senior Special Assistant to the Vice President on Media and Publicity, Laolu Akande, disclosed this late Thursday in a statement titled, ‘Osinbajo to civil servants: see the bigger picture, govt agencies must provide a conducive environment for the private sector, NGOs to operate.’

According to him, Nigeria’s future development requires a well-motivated, efficient and dynamic public service, and strategic leadership skills are essential to reposition the Federal Civil Service to enable it to play its pivotal role in national development.

Speaking on the topic ‘Strategic Leadership-The Essential Skills,’ he noted that “everything that happens in the public service has an impact on the lives, livelihoods and the future of our country.

“Great economies and great nations, prosperity and abundance of nations and communities are created byen and not spirits.

“The strategic thinker must know that we are called to tend not to strangle the goose that will lay the golden eggs. This approach applies to every component of government policy, not just the economy.”

“Given the roles and responsibilities of the civil service namely; to design and implement policy, regulate economic activity, and provide public goods including infrastructure and social services. We often hear people say that Nigeria’s problem is not plans and policies but rather that of a lack of implementation.

“The subtext of such comments is simple: the bureaucracy is the key. If it works, everything works. If it fails, plans and policies are hardly worth the paper they are written on. The bureaucracy literarily holds the future of the nation in its hands,” he said.